As mentioned earlier, I had the opportunity to interview Secretary of Homeland Security Michael Chertoff this afternoon on his ordering environmental waivers to expedite construction of a fence along the U.S. – Mexico border and other issues.

The summary below is a description, not a transcription, of the conversation, unless quotation marks are used.

Noting that these issues have been known for more than a year and a half, I asked why this has been so long in coming.

CHERTOFF: They’ve only managed to get “11 miles done in 14 years” because they’ve been “so enmeshed in environmental regulation.” There have been an enormous number of lawsuits and other hoops to jump through that have limited progress to “one mile a year” — it “would have taken three centuries” at that rate.

The RealID Act recognized this problem and gave him the authority to grant waivers. He’s used it in past on “small parcels” but needed to do work on a “large piece” of the fence that’s about to go under construction in order to reach legislative milestones and avoid a “courtroom nightmare.”

Will a fence actually achieve increased border security or is it just a feel-good measure to appease the base?

CHERTOFF: A fence is “part of a whole strategy.” A “fence by itself not going to work” but in conjunction with other tools, it can help. As with military operations, border security requires “different tactics in different situations.” A fence “won’t stop anybody” but it will “slow them up” and give the Border Patrol time. This “makes sense” in cases where the border is very close to a developed area into which those crossing illegally could quickly disappear. On the other hand, it “makes no sense in areas where the Rio Grande is wide” or separated from built up areas by miles of deserts. There, we should use other kinds of tools and a “mix of technology” including cameras, radars, etc. “Integration of a total approach — and the administration has always been on board with that.”

Is building a border fence really a Bush Administration priority? Doesn’t it conflict with what the president said four years ago when announcing his New Temporary Worker Program?

Reform must begin by confronting a basic fact of life and economics: some of the jobs being generated in America’s growing economy are jobs American citizens are not filling. Yet these jobs represent a tremendous opportunity for workers from abroad who want to work and fulfill their duties as a husband or a wife, a son or a daughter.

Their search for a better life is one of the most basic desires of human beings. Many undocumented workers have walked mile after mile, through the heat of the day and the cold of the night. Some have risked their lives in dangerous desert border crossings, or entrusted their lives to the brutal rings of heartless human smugglers. Workers who seek only to earn a living end up in the shadows of American life — fearful, often abused and exploited. When they are victimized by crime, they are afraid to call the police, or seek recourse in the legal system. They are cut off from their families far away, fearing if they leave our country to visit relatives back home, they might never be able to return to their jobs.

The situation I described is wrong. It is not the American way. Out of common sense and fairness, our laws should allow willing workers to enter our country and fill jobs that Americans have are not filling. (Applause.) We must make our immigration laws more rational, and more humane. And I believe we can do so without jeopardizing the livelihoods of American citizens.

CHERTOFF: From the beginning, the administration has “supported comprehensive immigration reform.” We understand “labor needs” drive people across the border and believe that allowing people who want to work a legal venue for doing so will drastically cut down on illegal crossings.

Are the concerns that several states have about RealID — privacy and unfunded mandates, most notably — justified?

CHERTOFF: “Like it or not, a drivers’ licenses is the most generally accepted and frequently presented form of identification. That means we have an interest as the federal government in accepting it” and making sure “you can’t easily forge or tamper with the license.” He “understands where the states are coming from on expense” and they’ve managed to “cut the costs to around $8 per license which I think can be recovered in fees.”

He’s less sympathetic to other arguments in opposition. The “federal database of license information” myth is “a falsehood.” States will be able to check each others’ databases but that already exists with respect to commercial drivers’ licenses and traffic tickets. This issue is “overblown.”

The “national ID” argument is “ideological.” “We’re not suggesting you have to carry around a RealID license to walk around the street but we feel it legitimate to require it for getting on an airplane.” He thinks the American people agree. “Once we accept that it’s appropriate to exclude known terrorists, the only question is whether we have an obligation to ensure that the identification is accurate and secure.” “There’s no privacy right to pretend to be someone you’re not.” Indeed, he contends that RealID would enhance personal privacy because it would make identity theft more difficult.

How is the new Clear Card program working so far?

CHERTOFF: It’s new and he doesn’t yet have much data to base conclusions on. He thinks the public is eager to have another secure form of identification and hopes that the program can be expanded so that the Clear Card could be an alternative to a driver’s license and give travelers “another option.” Regardless, while the card will allow people to go into special lines, they’ll still have to pass through baggage screening and other security measures.

What’s the status of the DHS color-coded alert system? Are we ever going to get out of Level Yellow? When will the risk not be “elevated”?

CHERTOFF: “Aviation is a little higher than everyone else” because we continually see threats in that arena. The purpose of the is system is and always has been “really operational — telling airports and other businesses what level of security they need to maintain.” “The issue was whether it made sense to make it public.” Initially, it was not but reporters and others challenged that practice because it made it seem that the Department was hiding information from the public at a time when they were naturally concerned about the threat of terrorism. They therefore went public because of “concerns over transparency.” Since he’s taken over, though, they’ve quietly moved away from making big announcements about changes in the alert level and gone back to venue-specific operational levels. 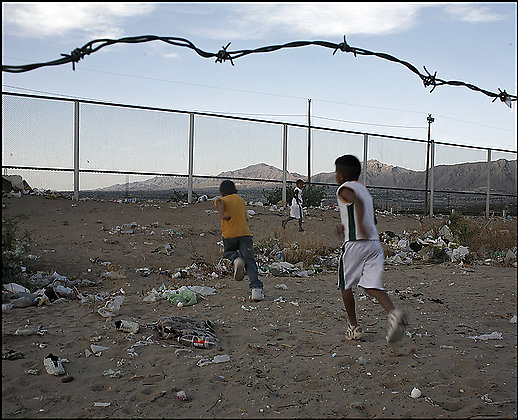