Since apparently there is no longer a War on Terrorism and instead the new big scourge is methamphetamines…or is it?

Over the past year and a half, The Oregonian has dedicated itself to exposing the rise of methamphetamine addiction. Beginning with its five-part series “Unnecessary Epidemic” in October 2004 and continuing through this month, reporters have hunted down the causes of the outbreak, revealing a web of international suppliers and offering solutions that previously languished because of a lack of political will.

Devoting at least 261 stories to the subject in the past year and a half, The Oregonian’s ongoing investigation is an example of what can happen when a newspaper decides to lead a campaign against a social ill. In part because of the daily’s coverage, Congress has passed tough anti-meth laws and Oregon has become the home base for a rising national uproar over the powerful stimulant.

But there is a darker side to the newspaper’s achievement.

In its effort to convince the world of the threats posed by meth, The Oregonian has sacrificed accuracy. According to an analysis of the paper’s reporting, a review of drug-use data and conversations with addiction experts, The Oregonian has relied on bad statistics and a rhetoric of crisis, ultimately misleading its readers into believing they face a far greater scourge than the facts support.

Whoops? So what numbers were they cooking up?

In fact, meth use during the past four years has either declined or stayed flat, according to two major national drug-use studies. The National Survey on Drug Use and Health shows that meth use did not increase at all from 2002 (two years before The Oregonian started its carpet-bombing coverage) through 2004, the last year for which there is data. The University of Michigan’s Monitoring the Future Study, which examines drug use among youth, actually shows a decline in meth use among high-school students from 1999 to 2005.

Those pesky studies and statistics. Don’t those ivory towered dweebs realize that there is a War on Meth going on, and that lives are at stake? Apparently The Oregonian was relying only on one type of data,

Oregonian crime-team editor Tom Maurer, who oversees a good deal of the paper’s meth coverage, cited the most recent report as an indicator of increased meth use.

Problem is, a rising number of people receiving treatment is far from proof that the number of addicts is also rising.

In fact, a footnote in the very study cited by The Oregonian cautions that the rise in treatment comes primarily from an increase in the number of arrestees ordered by drug courts to enroll in addiction programs.

So basically, just as with economic indicators, some drug use/abuse indicators appear to be lagging indicators (i.e. they peak after the peak in abuse).

The problem isn’t merely possible dishonest reporting here, but also things like legislation motivated by hysteria that can lead to things like increased SWAT team usage along with no-knock entry policies (so much for being secure in one’s person and property…who needed that amendment anyways?). The hysteria induced legislation might also take resources away from other drug and substance abuse programs that are working and putting them towards what is actually a non-problem or not not nearly as big a problem as being portrayed.

And here we have methamphetamine’s creeping into the Patriot Act. I thought the Patriot Act dealt with terrorism and stopping terrorists. Oh…wait, I forgot the U.S. won the Global War on Terror. 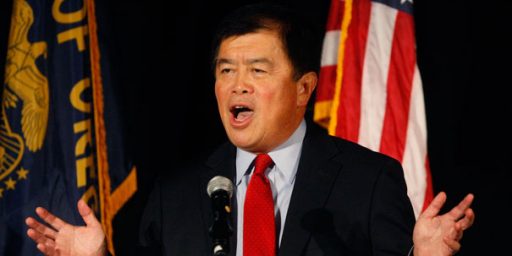