U.S. Rep. John Murtha today said he saw signs of military progress during a brief trip to Iraq last week, but he warned that Iraqis need to play a larger role in providing their own security and the Bush administration still must develop an exit strategy.

“I think the ‘surge’ is working,” the Democrat said in a videoconference from his Johnstown office, describing the president’s decision to commit more than 20,000 additional combat troops this year. But the Iraqis “have got to take care of themselves.”

Violence has dropped significantly in recent months, but Mr. Murtha said he was most encouraged by changes in the once-volatile Anbar province, where locals have started working closely with U.S. forces to isolate insurgents linked to Al Qaeda. He said Iraqis need to duplicate that success at the national level, but the central government in Baghdad is “dysfunctional.”

Mr. Murtha’s four day-trip took him to a Thanksgiving dinner with troops in Kuwait last Thursday, and he then made stops in Iraq, Turkey and Belgium.

Murtha’s comments are getting plenty of attention around the blogosphere.

Jules Crittenden advises those hoping for Murtha to get on board the Stay the Course bandwagon, “Don’t hold your breath. Murtha won’t give up on giving up.”

AllahPundit proclaims, “Hell freezes over” and provides a video clip of Murtha from July “sneering” about the obstacles ahead.

I just don’t see it. I’ve chided Murtha for over-the-top rhetoric and flawed strategic vision since he first came on the radar screen as the face of the Withdraw Now movement. But his remarks in July were quite tempered and, indeed, essentially correct. Moreover, he’s not saying anything much different now: Despite remarkable and welcome success on the security front, the performance of the Maliki government has been dismal.

BCB’s “Gaius” dismisses the idea that Murtha is just acknowledging shifting facts on the ground: “The polls changed and so did the weather vane that is John Murtha.” Moe Lane agrees: “What’s changed? Oh, right, we’re coming up on an even-numbered year.”

The Surge has in a sense worked despite itself, with local warlords stepping in and providing political leadership in key hot spots. Despite the nonsensical idea that a retired Marine colonel and veteran of two wars wants to lose this war, Murtha is obviously pleased with the progress being made. Even so, he’s still cautioning — as are most sensible proponents of the war, such as John McCain — that there are many miles yet to go on the road to victory.

Moreover, Murtha is giving a candid assessment knowing full well that this will be the reaction. From a sheer political standpoint, failure in Iraq is good for him and his party. Despite that, Murtha is acknowledging progress.

Ed Morrissey observes of the success Murtha is now observing, “No thanks to Murtha and his defeatist ilk in Congress, of course. If the Congressional Democrats had had their way in January, we would have abandoned the Iraqis to the terrorists and left behind a failed state and destroyed credibility.”

That judgment is harsh and somewhat unfair. Honorable people disagreed about whether we could achieve our objectives in Iraq; indeed, most experts thought — and still think — it’s a longshot. It’s hardly unreasonable for those who think losing is inevitable to think we should stop getting American soldiers killed in a lost cause. Indeed, the alternative view would be despicable.

It’s almost certainly true, though, that the security situation in Iraq would be worse rather than better had we withdrawn our forces in November 2005, as Murtha urged. That’s why I’ve reluctantly urged continuing the slog. The consequences of failure here are severe. But let’s not act as if a significant number of those who disagree want failure. Or that recent progress is anything like a guarantee of eventual success. 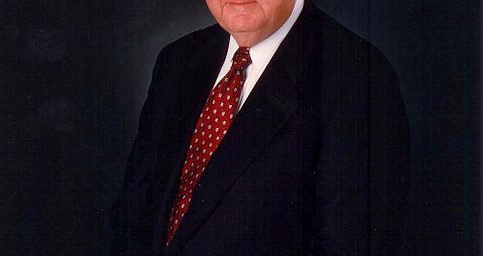