The National Labor Relations Board refused to certify an effort by athletes at Northwestern University to unionize. 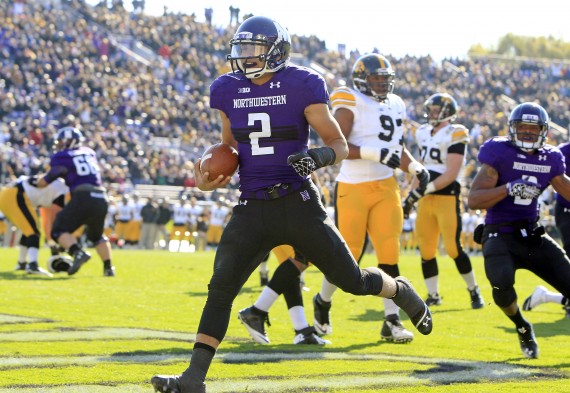 The National Labor Relations Board has overturned the ruling of a lower-level official who had accepted the effort of student athletes at Northwestern University to unionize:

The National Labor Relations Board on Monday dismissed a petition by Northwestern football players who were seeking to unionize, effectively denying their claim that they were university employees. In a unanimous decision that was a clear victory for the college sports establishment, the five-member Board declined to exert its jurisdiction in the case and preserved, for now, one of the N.C.A.A.’s core principles: that college athletes are primarily students.

The board did not rule directly on the central question in the case — whether the players are university employees — but the decision is a major setback to the union movement in college sports, which was led by the former Northwestern quarterback Kain Colter and backed by the College Athletes Players Association, a United Steelworkers-supported group that sought to represent the players.

In a conference call with reporters Monday, N.L.R.B. officials explained that the novelty of the case — no other single team in a sports league had come before the Board seeking to unionize — was a factor in its decision that would have wide-ranging consequences for college sports. The board decided that allowing one team to collectively bargain would not promote stability in the labor market and could upset competitive balance in college sports. It could also potentially conflict with the rules set by Northwestern’s conference, the Big Ten, and the N.C.A.A.

The N.L.R.B., which has jurisdiction only over the private sector, was also reluctant to wade into territory that would have affected public universities. The vast majority of top-level college football programs are from public colleges, and Northwestern is the only private institution in the Big Ten. The College Athletes Players Association cannot appeal Monday’s decision, an N.L.R.B. official said.

As I said at the time that the original decision was handed down, the idea of student athletes unionizing in the same sense that employees in private industry do is really quite ridiculous when you examine the issue in anything other than a cursory manner. While it’s true that these athletes generate a lot of money for the schools they play for, especially at the elite level, at the end of the day they are students, not employees. The fact that they are governed by rules imposed by the NCAA and by their own schools regarding their ability to make money in connection with their athletic career while in college does not obviate the fact that they are, in the end, students. Other than their scholarships, they don’t receive any extra compensation for their time as an athlete, and in many cases the entire reason they are playing is for a chance to move to the NBA, NLF, or Major League Baseball where they will actually make money from their athletic abilities. That group, however, is a relatively small portion of the people that fall under the definition of “student athlete,” though, and to argue that all of them fall within the definition of an employee under the labor laws makes no sense whatsoever.

As far as this particular case in concerned, this is the end of the road. Because of the way the case was brought before the NLRB, the students at Northwestern do not have any further right to appeal the Board’s ruling on the certification issue. That being said, it’s likely that this type of issue will present itself again in the future. Between the amount of money that college sports generates for universities, broadcasters, and sponsors, and the ongoing issues created by things such as the concussion problem in football, it’s likely that future student athletes will demand some form of protection for their interests, or say in how the sport is governed. Rather than going the unionization route, though, it strikes me that the best solution to this problem could be found at the university level, at the conference level, or in the NCAA itself. These institution have a much longer history of dealing with all the issues that student athletics deal with. Bringing the courts and the Federal bureaucracy into the situation doesn’t seem like it will accomplish anything.