Now You Can Call Him Professor Arnold Schwarzenegger 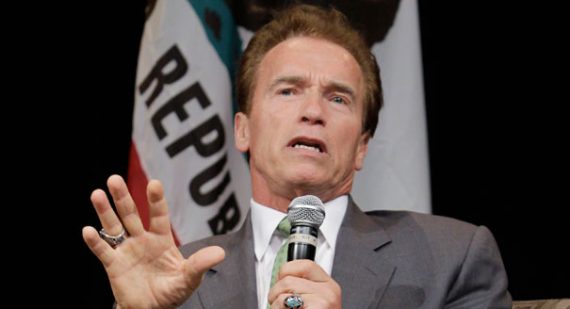 Apparently, Arnold Schwarzenegger is working on an academic career:

Arnold Schwarzenegger has yet another professional transformation to add to his resume. This time, it’s to think tank-academic life.

The former California governor, actor, and body builder has co-founded a think tank and become a professor at the University of Southern California with the establishment of the USC Schwarzenegger Institute for State and Global Policy, where he will be the Governor Downey Professor of State and Global Policy. He will also serve as the chairman of its board of advisers.

With an eye toward leadership responsibility and transcending partisanship, the institute will focus on five core research areas: education, energy and environment, fiscal and economic policy, health and human wellness and political reform.

“One of the great lessons I learned as governor of California was that the best solutions to common problems could only be found when each side was willing to engage thoughtfully and respectfully with each other,”Schwarzenegger said. “This institute is dedicated to promoting a new era of post-partisanship, where solutions are the result of intelligent and civil discussion between people with deeply held principles who understand the need to work through their disagreements to achieve real solutions.”

You should probably try reading that to yourself with a German accent.