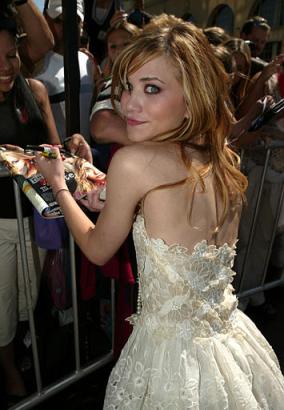 Mary-Kate Olsen, the brunette half of the Olsen twins entertainment empire, has entered a treatment facility “to seek professional help for a health-related issue,” her publicist said Tuesday.

Us Weekly and People magazines reported that Olsen has an eating disorder and entered the unidentified treatment center during the past few days. Olsen’s publicist, Michael Pagnotta, would not comment on those reports. Us Weekly said Olsen is anorexic.

Mary-Kate and her sister, Ashley, turned 18 on June 13. They recently graduated from high school and plan to attend New York University in the fall. They’ve been acting together since they were 9 months old, most notably on the sitcom “Full House” and in a series of direct-to-video movies. They’ve also attached their names to a line of products ranging from clothing to beauty items to home decorating merchandise.