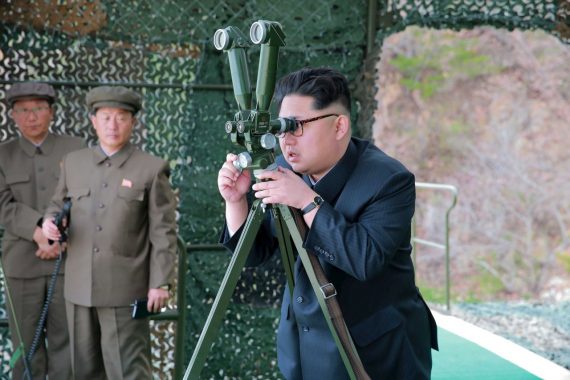 First: DrDaveT – Where’s the kaboom? There was supposed to be an earth-shattering kaboom! (I think Rodman’s been seen wearing the Illudium Pu36 Explosive Space Modulator as bling. – rodney)

Second: Franklin – “Just keep turning the knob, sir, and you will see Bambi sliding across the ice …”

Third(tie): Dave Schuler – I can see Alaska from my front porch!

Third(tie): Mu – “It’s my wife, and my chauffeur – eating my gummi bears! Kill them”

Tim – Are you absolutely sure this is the closest you could get me to the Victoria’s Secret photo shoot?

Paul Hooson – It’s a small world after all.

Jon Waltz – One requirement for the Stereoperiscope MkII was that it be taller than the Supreme Leader’s royal pompadour.

Jeron – Looking at something with the blinders on: Not too different from many other politicians.

Moosebreath – The North Korean attempt to develop “rabbit eyes” was not a success, as they failed to realized that no one in the rest of the world had used “rabbit ears” in decades.

Tony W – It was supposed to be a funny joke, but as soon as The Great Leader backed away, his staff immediately regretted putting ink on the eyepiece.

“I spy with my little eye…” 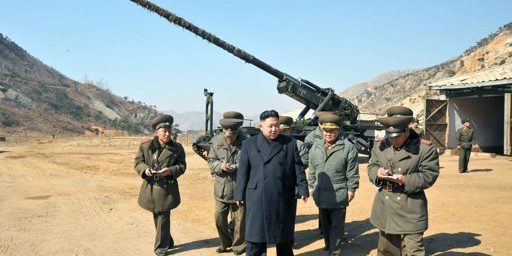