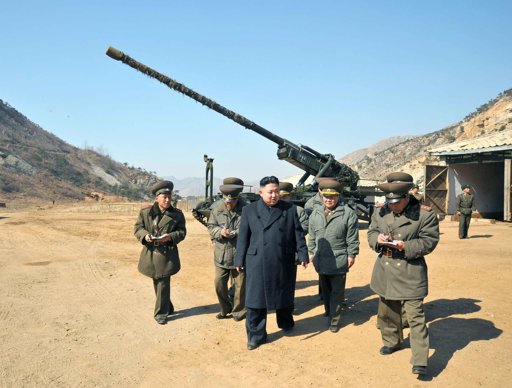 Second: Paul Hooson – “I decided to declare war on my barber…”

Third(tie): physics geek – Kim Jong-Un: “So when does the flag that says ‘BOOM!’ pop out?”

OzarkHillbilly – “Have you met my friend Biggus Dickus?”

John Burgess – “And all I have to do is push that little button and it all starts?”

JKB – Attack America There’s an app for that.

Peterh – If I may be so bold as to suggest sir, these publicity shots are getting kinda boring, how ’bout we strap you on to our biggest bomb, aka, Slim Pickens style….

“So all it needs is the Illudium pu-36 Explosive Space Modulator and we can attack the south?”

“Where’s the KaBoom?… There’s supposed to be an earth shattering KaBOOM.”

“Yes, I’m overcompensating for something… The incompetence of my Generals.”

Objects in rear are larger than they appear.

The Monday Contest has already brought out the big Iron… Lady… 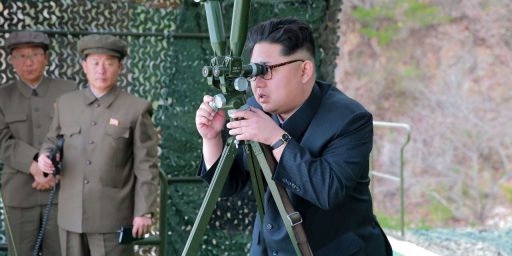 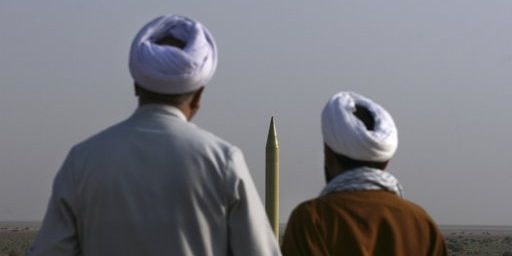