The House Of Pain Edition OTB Caption ContestTM is now over.

The House Of Pain Edition OTB Caption ContestTM is now over. 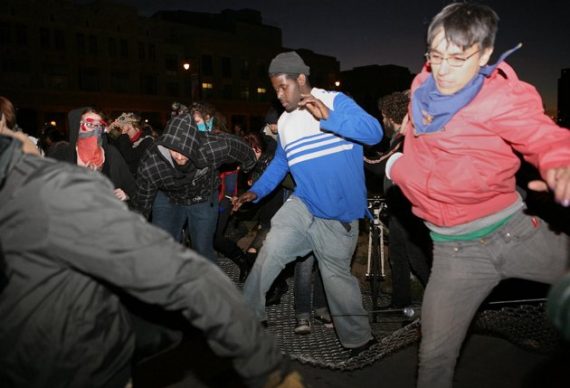 First: Dan – Everybody was class-warfare fighting. (Also most popular by vote… – rodney)

Second: That Other Mike – I used to dance like those guys, until I took an arrow to the knee.

Third: David – Contrary to the Michael Jordan commercials, those briefs do ride up…

John425 – The “Anti-Capital Stomp” as performed by the dancing duo, “We Spent it All”.

Tillman – They all saw the Kit-Kat bar simultaneously, but only Calvin had the foresight to be walking half-bent at the time.

MOST POPULAR BY “HELPFUL” VOTES

Dan – Everybody was class-warfare fighting.

(Look here in the future for recognition of Most Popular by ‘Helpful’ votes. ‘Unhelpful’ votes will be disregarded.)

Is this really what its all about?

Trying to walk after the Horseback marathon proved to be challenging.

The Thursday Contest has already seen the light.