The California Public Utilities Commission is considering implementing peak-load pricing for businesses here in California. The idea is that during times when load on the system is at its peak the prices would be higher to reflect both the higher costs and the higher demand. This variable price signal would tell those consumers who can, to shift load to the times when load is lower and hence costs are lower.

All of this would be handled with a “smart meter” that would allow for the variable pricing. Also, the customers with such meters would be able to go online and view their bill and thus be able to make decisions that could reduce their bills. If, for example, there is a heat wave, then air conditioners will kick on and demand will soar. This will require more expensive means of generation to come on-line (i.e. peaker plants). But if the customer sees that increased cost in their bill then they can, if possible, respond to that change in the price and thus reduce some of the increased demand.

This is how a competitive market works. In a competitive market a change in the cost (of the last unit produced) is reflected in the price. But with regulated utitlities the pricing is a bit different. While there is some linkage between the cost and the prices that retail customers see, it isn’t all that clear-cut. For example, the utility knows that demand will be high in the summer and hence with a fixed retail rates will have higher rates in the winter months than is necessary, and prices in the summer months will likely be too low. The idea being that the differences in revenues will cancel each other out. Keep in mind that one of the goals of the regulatory process is to try and keep rates stable.

With the above, one could ask, “Well, why don’t the utilities (and the regulators) set summer prices a bit higher and winter prices lower, so that costs are covered, but customers see a better price signal?” Why not indeed? This is precisely the same idea with peak-load pricing in that it would work at the daily level vs. the annual.

Another problem with electricity is the regulatory requirement to serve all demand on the part of utitlities. Since the traditional approach to setting rates is to set them for several years, then the price is fixed and there is no demand response when there are daily changes to the market that would otherwise cause prices to change. Since utilities must go out and buy and/or supply any and all electricity that people want this can lead to over-consumption.

Some customers wouldn’t be able to change their usage patterns though and they would likely see an increase in their bills. For example, some large scale industrial users have what is called a “flat load profile”. The load profile is the ratio of kilowatts to kilowatt hours. A kilowatt is the instantaneous demand, whereas a kilowatt hour is the energy used over the hour. If we had a real time meter the kilowatts would trace out a path over time, and the area under that path would be the kilowatt hours. If you have flat load profile, then the path for kilowatts is flat (or close to flat) and hence kilowatts and kilowatt hours tend to be quite close together. These customers are desirable for the utilities as their demand is predictable and stable. A customer with a “bad” load profile is one that has demand (kilowatts) that go up and down by large amounts during the day. The customer with a flat load profile would likely take a dim view of this program.

However, it is also likely that the peak-load pricing could reduce the bills for even these customers. Since the price signal would tell those customers who can shift load to shift load, it would reduce the peak, and thus reduce the need for the high cost peaking plants. That would in turn reduce the costs during the peak. In theory, it is quite possible that the peak load program results in no change in any customers bills and even saves money.

Still, there is something to be said for stability in electricty rates. If rates are fluctuating around quite a bit, then it becomes harder for businesses (and even residential customers) to make plans. Some businesses might opt for a less volatile energy market. So the trick will be to balance the desire for rate stability with the desire to send a more accurate price signal to customers. 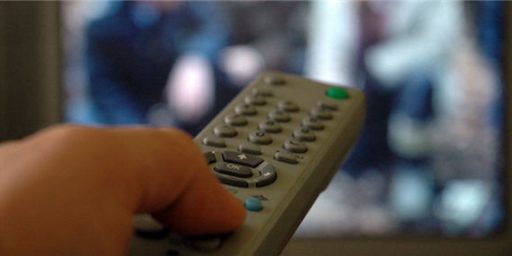