Many Congressional Democrats both campaign for a higher minimum wage and employ interns at less than the existing minimum wage, many for no pay at all.

Jim Swift notes that a lot of Congressional Democrats both campaign for a higher minimum wage and employ interns at less than the existing minimum wage, many for no pay at all.  Outgoing House Speaker Nancy Pelosi and Ohio Senator Sherrod Brown are two famous examples.

Virginia’s Lacy Clay Jr. is less well known but the hypocrisy is funnier. 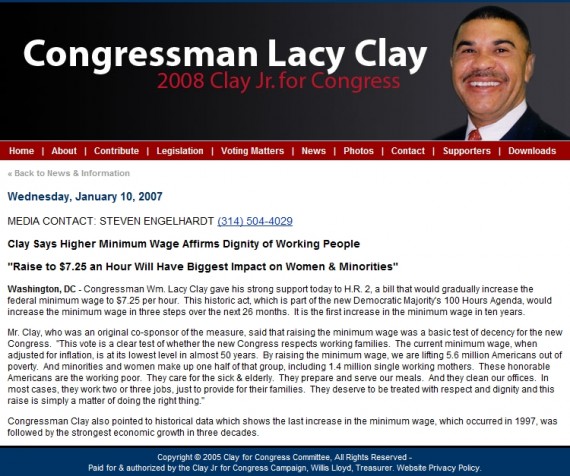 Am I against unpaid internships? Not at all. Should Clay be able to offer them? Of course he should. Virtually all Capitol Hill offices offer unpaid internships or ones with stipends below the minimum wage. Campaigns are the same way.

Betsy had a plethora of paid and unpaid internships. I volunteered politically a lot in my youth, but was never officially an intern anywhere. Unpaid internships are fine. Jobs/apprenticeships below the minimum wage are fine, too. What’s not fine, in my view, is government mandating pay or making standards for what qualifies for paid or unpaid work. Especially when government is held to a different standard than the “for-profit” private sector employers.

The Pelosi video examines what is the difference between “volunteering” to work in an internship below minimum wage, versus choosing to take a position with pay below minimum wage at a McDonald’s.  Pelosi says there isn’t one while the videographer says they’re not different at all. Opinions obviously vary, but why are people prevented from choosing to work below minimum wage in the private sector but not the public sector?

Gee, I wonder, on a related note, why teenagers have such a hard time finding work?

If what’s good for the goose is good for the gander, Clay should pay all of his interns the minimum wage or change his position on it. That’s just hypocritical in my view. The minimum wage he championed isn’t helping women and minorities, whom his vote was purported to help, who are seeking internships in his office.

Work for free to get the experience to get a job in D.C. or you’d be hard pressed to find a job in government. How is that different than if McDonald’s wanted to require a probationary period for potential new employees? Not very different at all.

I’m actually queasy about unpaid internships, even though the non-profit that I work for relies on them heavily and I’ve used them myself.  They’re ingrained in the Washington culture and doubtless provide a very valuable experience for the interns, so I don’t worry that they’re somehow being “exploited.”  The problem is that having done one or more internships is a virtual requirement for getting one’s foot in the door and this tends to perpetuate a system where those from the Washington-New York corridor, particularly those with wealthy parents, have a double advantage.  But it is what it is. 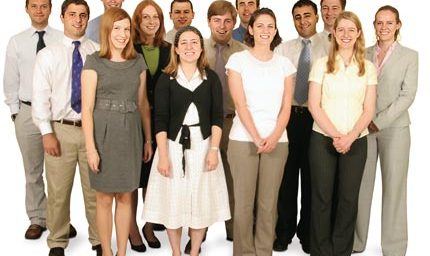