As promised Moqtada al-Sadr and his delegation have walked out of the Maliki cabinet.

A bloc of Iraqi lawmakers and cabinet ministers allied with militia leader Moqtada al-Sadr launched a boycott of their government duties Wednesday to protest Prime Minister Nouri al-Maliki’s decision to attend a summit in Jordan with President Bush. “We announce the suspension of our participation in government and parliament,” said Nasar al-Rubaie, the leader of Sadr’s parliamentary bloc. “We gave a promise last Friday that we will suspend our participation if the Prime Minister met with Bush and today [Wednesday] we are doing it as a Sadrist bloc.”

We’ll see whether this, as Eric Martin reasonably contends, a temporary hissy fit or a permanent divorce. Either way, this strikes me as a good thing. Sadr has been simultaneously fomenting violence against the government while participating in it and Maliki has acquiesced in that strange arrangement. At the very least, this move further shines the spotlight on Sadr’s desire to exacerbate rather than alleviate Iraq’s chaos.

Blake Hounshell is right to note that the rise of something like the Mahdi Army was inevitable given the vacuum created by lack of security; still, it has fueled the violence at least as much as it has protected Shiites from it.

Like the Bush Administration (and Steven Taylor) I don’t have much confidence in Maliki. It’s not entirely clear, though, that there are better alternatives at this point, much less that we can do much to effect that change. Renewed threats that the Saudis will intervene on behalf of the Sunnis if the U.S. leaves prematurely further complicate the situation. 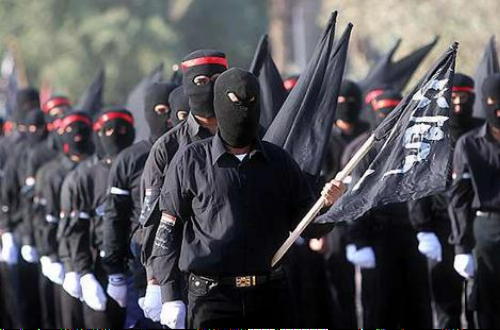