The U.S. Army is once again embroiled in an internecine fight over hats.

The U.S. Army is once again embroiled in an internecine fight over hats.

It’s been less than three months since social media erupted over the news that soldiers in the Army’s new Security Force Assistance Brigade would receive their own colored beret and patches.

But soldiers in the unit are not focused on those uniform items, leaders said.

“Here inside the SFAB, honestly, we don’t even talk about it. The headgear, the patches, that’s not what we’re about,” Col. Scott Jackson, 1st SFAB commander, told Army Times on Jan. 19.<

As Army leadership worked to put the SFAB concept together over the past year, Army Chief of Staff Gen. Mark Milley decided the units should come with distinctive uniform items, on top of a unit patch that reflected the Army’s legacy of combat advising.

That meant a unit tab, as well as a new colored beret. Not surprisingly, as soon as photos of the proposed items hit the internet, the Army and veteran communities exploded with criticism.

The brown beret, meant to mimic the British Royal Anglian Regiment’s infantry berets, looked too green, Special Forces veterans said. And the patch, with its graphic arrowhead and saber, looked too much like a Special Forces patch. 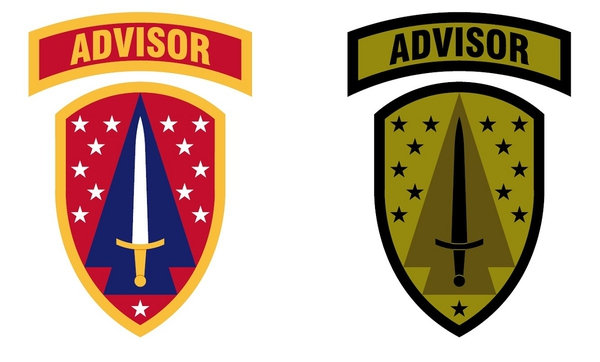 But as the brigade trained at Fort Benning, Georgia, internet trolls bombarded the soldiers with hate — up to and including death threats.

“We just continued to focus on the mission,” 3rd Battalion commander Lt. Col. Ian Palmer said. “This is such a good group of people around here. We had so many things to do to stand this unit up … that we didn’t spend any time worrying about it. We focused exactly on what we had to do as a brigade.”

After the controversy, Milley went back to the drawing board, unveiling a new, unquestionably brown beret and star-spangled unit patch just ahead of the brigade’s deployment.

Rather than decorating their uniforms, SFAB soldiers said, they’re concerned about creating a unit culture and legacy.

“It’s interesting, but for me, personally, looking at what we’re influencing — it doesn’t matter what I’m wearing,” team leader Capt. Justin Shaw said.

This all seems silly, surely, from a civilian perspective and, really, it is. But military culture and tradition build a lot of self-worth into uniforms, badges, and other insignias. The Army, in particular, values berets and tabs, which have long associated with only its most elite forces. When former chief of staff Eric Shinseki introduced the black beret, previously reserved only to those assigned to the highly competitive Ranger battalions, controversy erupted.

On the one hand, Milley should have known better. His career includes stints in both Special Forces (“Green Beret”) and Ranger units. He knows firsthand how much the Army values those berets, flashes, and tabs.

On the other, Milley is right to want to create prestige around this particular job. Which, ironically, is a classic Special Forces mission.