The United States Senate has launched an investigation into six major televangelists for misusing their tax-exempt status.

Letters were sent Monday to the ministries demanding that financial statements and records be turned over to the committee by December 6th.

According to Grassley’s office, the Iowa Republican is trying to determine whether or not these ministries are improperly using their tax-exempt status as churches to shield lavish lifestyles.

Very interesting, especially coming from Grassley. A lot of tax-exempt groups, religious and otherwise, have long been on the edge in terms of political activism and there have been several investigations, seemingly leading nowhere, into that. This seems to be something more mundane, though: a charge that these folks are lining their pockets. 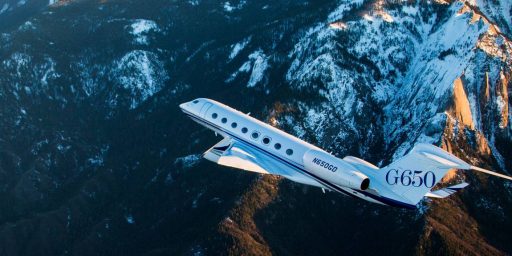 Oh Lord Won’t You Buy Me A Gulfstream G650