So Here’s Ronald Reagan On A Velociraptor Shooting An Uzi

This drawing started showing up online sometime yesterday and it hasn’t shown any signs of going away. It is, I think, the ultimate blend of Americana, Reagan nostalgia, and dinosaurs ever created: 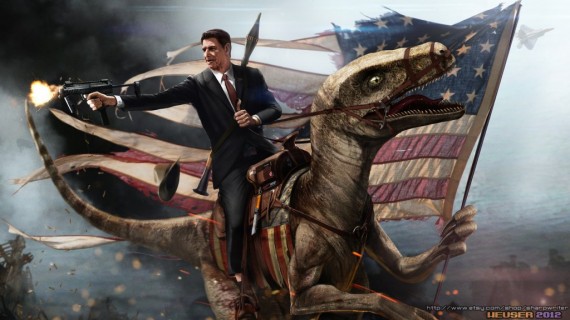