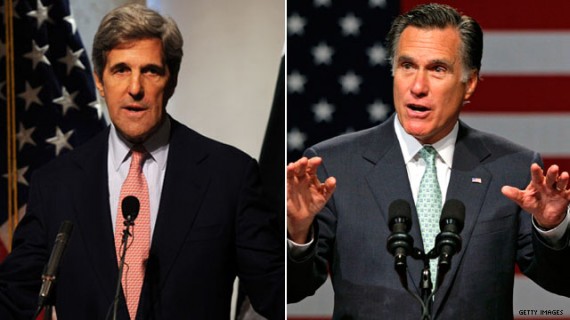 The Obama campaign may have found the perfect person to get the President ready for this fall’s debates with Mitt Romney:

Kerry will mimic the presumptive GOP nominee in debate practice, anticipating Romney’s answers and speaking style so the president can know what to expect in their face-to-face showdowns this fall.

Word is that Michael Dukakis will provide Kerry with charisma advice.