President Trump is not being bold on drugs. Instead, he is just recycling old, failed idea. 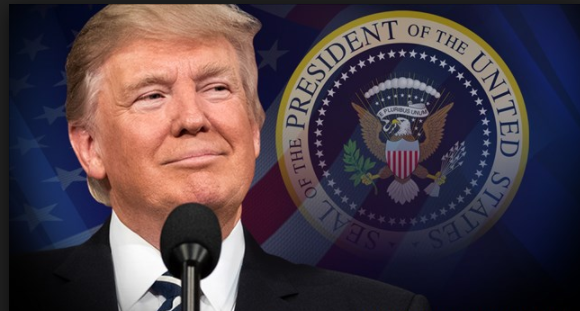 President Trump gave remarks this week in New Hampshire about drug policy.  The following is from the transcript of the speech:

As many readers are aware, a key part of my academic life has been the study of Latin America in general and the country of Colombia in specific.  While my studies have been primarily focused on democratic institutions, it is impossible to study, and teach, about US-Latin American relations, let alone about the country of Colombia, without having to look at the US war on drugs, and into drug policy in general.  Indeed, I created, and taught for many years, a course called “Drug War Politics in the Americas” (the contents of which were folded into a new class called “Latin American Security”).

A simple observation:  if the risk of death was enough to deter drug dealers from dealing drugs, they would not be drug dealers.  Being a drug dealer (not to mention being in the drug business writ large) is not a low-risk affair wherein the participants primarily worry about being exposed to Blue Ribbon committees.  Rather, it is a business in which violent death is a daily potentiality, but also a business wherein the financial rewards are such that the risk is calculated by many to be worth it.  Beyond that, it is already the case that incarceration is a major threat as well.  As such, more toughness is unlikely to have any effect whatsoever.

And speaking of blasts from the past, any 80s kid will recognize the following:

The best way — so important — and the best way to beat the drug crisis is to keep people from getting hooked on drugs to begin with. As part of that effort — (applause) — so important. And this has been something that I’ve been very strongly in favor of: spending a lot of money on great commercials showing how bad it is, so that kids seeing those commercials during the right shows on television or wherever — the Internet — when they see these commercials they — “I don’t want any part of it.” That’s the least expensive thing we can do, where you scare them from ending up like the people in the commercials. And we’ll make them very, very bad commercials. We’ll make them pretty unsavory situations. And you’ve seen it before, and it’s had an impact on smoking and cigarettes. You see what happens to the body; you see what happens to the mind.

But we’re thinking about doing, really, a largescale rollout of commercials that show how bad it is for the kids. And when they see those commercials, hopefully, they’re not going to be going to drugs of any kind — drugs of any kind. And we’ll save a lot of lives, and we’ll make their life a lot easier.

To which I say:  just say no to stupid policy retreads.

There is also the fact that he is tying all this to the border:

The second part of our initiative is to reduce the supply of illicit drugs. Ninety percent of the heroin in America comes from our southern border, where, eventually, the Democrats will agree with us and we’ll build the wall to keep the damn drugs out. (Applause.)

I am highly skeptical that the wall will be cost effective in regards to illegal immigration, but I am certain that it will be of minimal efficacy against drug smuggling.  First, drugs come in via otherwise legal crossings all the time (e.g., truck, shipping, etc.).  The notion that it is primarily coming across via people walking through the desert is patently absurd.  Second, beyond entry at legitimate entry points, drugs can easily go over or under the wall.  Drug traffickers can use various means to launch packages of drugs over the wall (see the brief video here for examples). They do it now in places where there is already a barrier.  And, there have been numerous sophisticated tunnels constructed under the border.  The drugs are coming and will get in–there is too much money to be made for it to be otherwise.  Decades of attempts at supply-side policies have demonstrated this to be unequivocally true.  The problem is neither toughness nor adequate barriers at the border.

For example, an NYT story from 2016 notes (emphasis mine):

In the last five years, the authorities said, they have found more than 75 cross-border tunnels, mostly in areas of California and Arizona where there are enough buildings to disguise illicit activity, and the soil is conducive to digging. In Tijuana, in particular, the tunnels are considered an intractable fact of life.

Specialists on border control say no one has a clear idea how many tunnels are operating, or how much of a role they play in the drug trade, but they will be a factor for the foreseeable future. In just the last month, another long tunnel was found linking Calexico to Mexicali, and a shorter one near Calexico.

This a repeating story that has been reported for well over a decade.

The only way to stop the drug problem is to lower demand.  That isn’t easy.

Criminality and violence can be lessened if the profit motive is lessened (see, e.g., marijuana legalization some states).  And while I am not suggesting wholesale legalization, I am saying that the punitive paradigm (to use language from a worth while on this subject by Bertram, et al.) has not been successful.  We would be better off treating drug abuse as a public health problem.  Punishing to deter trafficking and usage demonstrably does not work.  Worse, the more dangerous it is to traffic in drugs, the more that can be charged for those drugs, and hence the incentive to produce, smuggle, and deal goes up, not down.  As such, getting tough will have the opposite effect than the one Trump is promising.

We have to remember two things:  1)  the black market and the punitive paradigm makes illicit drugs more expensive and hence more profitable, and the profits incentivizes supply, and 2) people like their intoxicants, and this is especially true of a fairly small percentage of the population who especially like the illegal ones we are talking about–and they like them enough to spend heavily and to take risks to get their drugs of choice.  Any drug control policy that does not take these basic factors into account is doomed to fail (and no drug war policy of which I am aware does take them into account).

Getting tough and airing commercials is doomed to fail (and, of course, we know this is true because we have already been down this road multiple times).

I would note that in this area Trump is behaving like a standard issue Republican president (and not all that far off from a stand issue Democratic president). 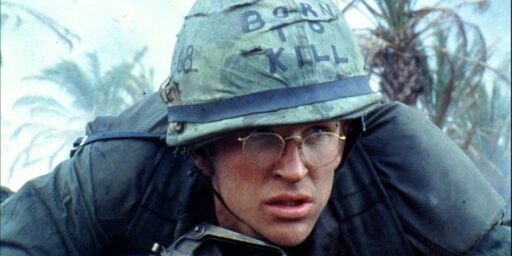