Changing economic realities led to a role reversal: television is where you turn for smart entertainment, whereas the movies have become lowbrow. 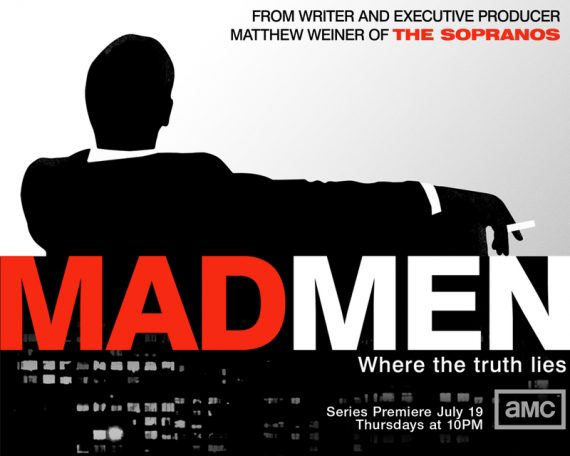 Edward Jay Epstein points out a role reversal that’s become obvious:  television is where you turn for smart entertainment, whereas the movies have become lowbrow.

The multiplexes are now primarily a venue for dumbed down comic-book inspired action and fantasy movies, whereas television, especially the pay and cable channels, is increasingly becoming a venue for character-driven adult programs, such as The Wire, Mad Men, and Boardwalk Empire. This role reversal, rather than a momentary fluke, proceeds directly from the new economic realities of the entertainment business.

HBO gets a fixed a fee- about $4.5 per month- for each subscriber, no matter how little or often they watch HBO. To continue to harvest this immense bounty, HBO has to perform a single feat: stop subscribers from ending their service. But since nowadays its subscribers can get movies cheaper and fast from other sources, such as Netflix, retail stores and the Internet, HBO needs a more exclusive inducement to keep them. And so, beginning in the 1990s, it began putting more and more resources into creating its own original programing that would appeal to the head of the house.

Other pay-channels followed suit. So did other networks so as not lose market share. The result is the elevation of television, or at least some tiers of it, to a medium of entertainment for the elite.

Meanwhile, Hollywood, conforming to its new economic landscape, has had a gradual downgrade. Unlike in the era of the studio system in which studios opened their movies in select first-run theaters (most of which they owned), the big 6 Hollywood studios nowadays open their major movies nationally on 3,500 or more screens owned by a handful of multiplex chains. These multiplexes are in the people-moving business, as on multiplex owner put it, “moving people past the concession stands.” So, in return for providing their screens, these chains not only expect the studios to provide a lavishly-produced movie but, more importantly, the type of marketing campaign that will drive into their multiplexes a sufficient number of consumers on the opening weekend. Since such campaigns cost tens of millions of dollars the marketing arm has now to sign off on projects before they are greenlit for production. The deal-breaking issue for these strategists is not the intrinsic merits of the film but whether it contains the necessary elements to attract a target audience in seven-days of intensive30-second ads on TV programs leading up to its opening weekend.

In addition, studios need to consider another part of their new economic landscape: the growing importance of non-English speaking markets. Nowadays major Hollywood releases earn most of their revenue abroad, and, large scale action films, such as Avatar, Spider-Man 3, and Mission Impossible 3 earn more than 70 percent of its revenue in overseas markets. Since many of these foreign territories depend on dubbing, especially in Asia and Latin America, studios have found that the formula for successful bookings is, as a top Fox executive put it, “Short on dialogue, long on action.” Happily for the studios, this formula fits in with the requisites for marketing to its target audience in America.

This strikes me as quite plausible.   And it helps explain why great actors like Tim Roth, Steve Buscemi, and Gary Sinese have condescended to star in television dramas — something that successful movies actors would never have done in years past.

Freed from the need to cater to a mass audience, the television series is simply a better vehicle for drama than a 2-hour movie.  Most great shows use the 2-hour pilot simply to establish the premise and introduce the characters.  A movie director gets roughly that long to tell a whole story.   Television is episodic, allowing the development of characters over hundreds of hours, 60 minutes at a time.

That said, I wonder how long the business model Epstein describes will persist?   Many of us have discovered that the ideal way to enjoy a great television drama is to wait until it’s over and then watch the entire series in rapid succession.    My wife and I did that with “The Wire,” “The West Wing,” “Veronica Mars,” and some others.   We’re watching “Mad Man” as it unfolds, but waited until well into the second season and watched the initial episodes rapidly.   Ditto “Breaking Bad” and “Weeds.” We’re recording “Boardwalk Empire” and “Rubicon” and will likely start both at some point.

Will enough people join in the “don’t watch when it first airs” phenomenon to disrupt the current business model?