MSNBC is touting the results of a new government funded survey under the headline: “Study: Teenage ‘virginity pledges’ are ineffective” and the subhead, “Youths who promise abstinence are also less likely to use protection.”

The new analysis of data from a large federal survey found that more than half of youths became sexually active before marriage regardless of whether they had taken a “virginity pledge,” but that the percentage who took precautions against pregnancy or sexually transmitted diseases was 10 points lower for pledgers than for non-pledgers.

“Taking a pledge doesn’t seem to make any difference at all in any sexual behavior,” said Janet E. Rosenbaum of the Johns Hopkins Bloomberg School of Public Health, whose report appears in the January issue of the journal Pediatrics. “But it does seem to make a difference in condom use and other forms of birth control that is quite striking.”

This is pretty much what I would have expected.  Presumably, a large chunk of teens who sign these virginity pledges do so under peer pressure.  And, since people are getting married later and later in life, “waiting until marriage” is a rather unrealistic goal.  Further, if you’re planning to have sex, you’re more likely to be prepared.

Looking deeper into the study, though, it gets more complicated than that.

Rosenbaum focused on about 3,400 students who had not had sex or taken a virginity pledge in 1995. She compared 289 students who were 17 years old on average in 1996, when they took a virginity pledge, with 645 who did not take a pledge but were otherwise similar. She based that judgment on about 100 variables, including their attitudes and their parents’ attitudes about sex and their perception of their friends’ attitudes about sex and birth control.

“This study came about because somebody who decides to take a virginity pledge tends to be different from the average American teenager. The pledgers tend to be more religious. They tend to be more conservative. They tend to be less positive about sex. There are some striking differences,” Rosenbaum said. “So comparing pledgers to all non-pledgers doesn’t make a lot of sense.”

By 2001, Rosenbaum found, 82 percent of those who had taken a pledge had retracted their promises, and there was no significant difference in the proportion of students in both groups who had engaged in any type of sexual activity, including giving or receiving oral sex, vaginal intercourse, the age at which they first had sex, or their number of sexual partners. More than half of both groups had engaged in various types of sexual activity, had an average of about three sexual partners and had had sex for the first time by age 21 even if they were unmarried.

So . . . she’s comparing apples to apples, controlling for cultural and attitudinal differences between signers and non-signers.   That’s good social science if the thing we’re interested in is whether the act of signing a non-binding, unenforceable contract is meaningful.  Rather clearly, the study demonstrates, it isn’t.

The problem, however, is that the study is going to be trumpeted as proving that teens who sign virginity pledges are just as likely to have premarital sex — but are more irresponsible about it when they do! — than those who don’t sign.  That’s not the case.  It’s just that the teens most likely to engage in premarital sex are less likely to sign the pledges to begin with.

UPDATE:  From a report on the study in HealthDay:

“Previous studies found that pledgers were more likely to delay having sex than non-pledgers,” said study author Janet E. Rosenbaum, a post doctoral fellow at the Johns Hopkins Bloomberg School of Public Health. “I used the same data as previous studies but a different statistical method.”

This method allowed Rosenbaum to compare those who had taken a virginity pledge with similar teens who hadn’t taken a pledge but were likely to delay having sex, she said. She added that she didn’t include teens who were unlikely to take a pledge. [emphasis mine]

Again, this is good social science if one is attempting to isolate the effects of signing a pledge.  But it shouldn’t be interpreted as a simple comparison of pledgers and non-pledgers. Instead, she’s comparing only the kind of people who would be expected to sign pledges to see if actually signing the pledge changes anything. 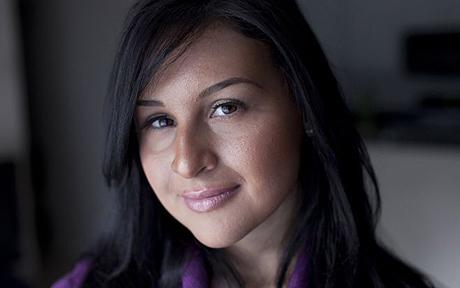