The Navy has fired fourteen skippers this year. Eleven of those were for personal misconduct. 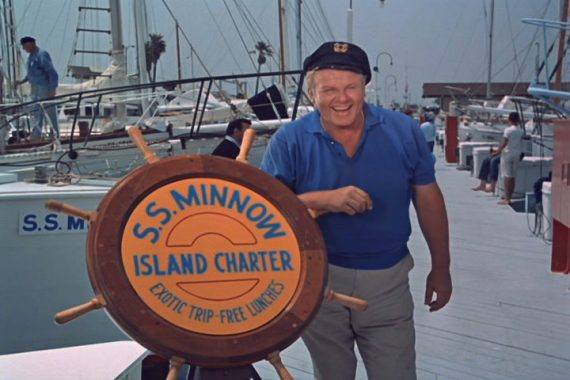 Raymond Pritchett (aka Galrahn) passes along a Navy Times list of skippers relieved of command this year:

• Capt. John Titus Jr. was fired Jan. 8 as CO of the Naval Supply Corps School in Georgia. His removal followed a judge advocate general’s investigation; a spokesman declined to disclose the nature of the investigation.

• Capt. Holly Graf was fired Jan. 13 as CO of the Yokosuka, Japan-based cruiser Cowpens after an inspector general’s investigation found problems with her “temperament and demeanor,” a spokesman said.

• Capt. Glen Little was fired as CO of Naval Weapons Station Charleston, S.C., after he was arrested Jan. 26 on a charge of solicitation of prostitution.

• Cmdr. Timothy Weber, the commanding officer of the Norfolk, Va.-based destroyer Truxtun, was relieved Feb. 17 for having an inappropriate relationship with a female officer in his command, according to a Navy statement

• Cmdr. Neil Funtanilla, CO of the destroyer The Sullivans, was relieved May 18 in Manama, Bahrain, after a non-judicial hearing found he was “derelict in the performance of his duties.” The destroyer struck a buoy in the Persian Gulf in March.

• Cmdr. Herman Pfaeffle was relieved as CO of the frigate John L. Hall for loss of confidence in his ability to command on June 22 after hitting a pier April 16 in Batumi, Georgia.

• Cmdr. Fred Wilhelm was relieved Aug. 12 as CO of the dock landing ship Gunston Hall. Rear Adm. Dave Thomas fired him after Wilhelm was “charged with sexual harassment, maltreatment of a subordinate, simple assault, conduct unbecoming an officer, drunk and disorderly conduct and use of indecent language.”

• Capt. David Schnell was relieved Aug. 15 as CO of the amphibious assault ship Peleliu by Vice Adm. Mark Fox, commander of 5th Fleet. The relief took place “as a result of an investigation into allegations that he acted in an unprofessional manner toward several crew members that was inappropriate, improper and unduly familiar.”

• Cmdr. Mary Ann Giese, CO of of Naval Computer and Telecommunications Station Bahrain, was fired Aug. 21 by Rear Adm. Edward Deets, head of Naval Network Warfare Command, after “a preliminary investigation into allegations that she had been involved in inappropriate relationships with other Navy personnel,” according to a statement from 10th Fleet.

Add to this Capt. David Simms, who was relieved as CO of the Trident Training Facility and Bangor, Washington because of “inappropriate personal behavior.”

What catches Ray’s eye is that, “There is so little specific information in each case that the list doesn’t really contribute to a specific discussion, just generic observations. Would more transparency into why a CO is fired be more useful? I am not convinced it would, but there is nothing useful about the lack of specific information why a CO is fired either. If the Navy is like any other large organization – details spread fast but the rumors aren’t always completely accurate.”

That’s an interesting question.  But what immediately jumped out at me was this:   The thing that gets you fired from command is personal misconduct:  inappropriate sexual activity, drunkeness, and criminal action.    That describes the causes for eleven  of the fourteen skippers noted above.   Only three were relieved for incompetent performance of their duties.  And all three of them actually ran their boat into something!  Doesn’t the Navy have any officers who just Peter Principle and suck at command?

I’d be interested to see how this list compares to those of the other services.   Certainly, there have been two Army generals relieved as ISAF commander alone over the last couple of years.