Woman Mutilated By Obama Supporter Herself

The Drudge Report has this at the top fo the site, and also a picture. I’m now skeptical of this woman’s claims. The “B” is backwards. Perhaps her assaliant is horrifingly illiterate, but it could also be the result of injuring oneself by looking in the mirror.

Update: It has been pointed out in the comments that the attacker could have been standing above her once she was on the ground, thus explaining the backwards “B”.

Another commenter claims the title is biased and also slightly racist because there is no evidence that the assailant was an Obama supporter. Other than the attacker got angry after seeing the McCain-Palin sticker (so the victim claims), that of all things he could carve on her face he carved a “B”, and that even the Obama-Biden campaign issued a statement wishing the victim well and that the assailant is captured and brought to justice…assuming it is all true.

Update II: This also reminded me of an incident closer to where I live. A Claremont College Professor faked racial slurs on her car and ended up getting a year in jail.

Update III: Drudge is reporting she did it to herself. Color me shocked. Oh and for Defasdefbe, there clearly was no Obama Supporter, but it is also pretty clear that is most likely what this woman wanted us to think. 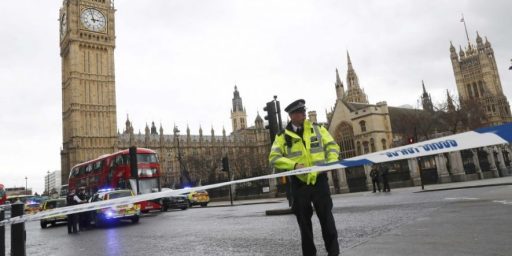