Yesterday evening, I put up maps of the 2004 Election County-By-County using the Red and Blue America imagery that became famous in 2000.

I’ve just stumbled across this via MSNBC: 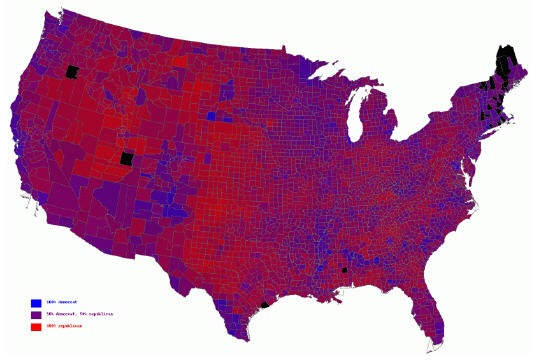 It creates the image of a less bifurcated America by weighing the red and blue hues by proportion of the popular vote in each county that went for Bush and Kerry. It should give Brad DeLong some solace.

Update: It turns out Brad found another version of it independently.