How long will we stop annual commemorations on the anniversary of that horrible day? 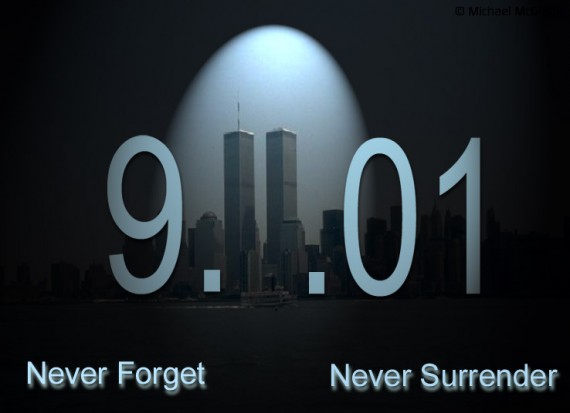 Politico‘s story “Few options for Barack Obama on 9/11” brings to mind a question I’ve asked over and over the last few years:  How long will we commemorate the anniversary of that horrible day?

Every year it’s a challenge for the White House: how to commemorate the Sept. 11, 2001, terrorist attacks. This year is especially awkward, given the controversy around President Barack Obama’s remarks in support of an Islamic cultural center and mosque planned for a neighborhood near ground zero in lower Manhattan.

The White House has not yet announced the president’s plans for next week, though a source familiar with the matter was doubtful Obama would travel to New York.

But the president’s options are otherwise limited: Last year, he marked the eighth anniversary of the terrorist attacks at the Pentagon, and a return appearance there seems unlikely. This year, first lady Michelle Obama and former first lady Laura Bush will travel together to Shanksville, Pa., to honor the 40 passengers and crew members who died in the crash of United Airlines Flight 93.

That leaves the former World Trade Center site in New York, where Obama hasn’t been since the 2008 presidential campaign. But a presidential appearance at ground zero on Sept. 11 — where an activist group plans to protest the Islamic center project that day — will almost certainly reignite the political firestorm.

There’s no doubt that the 9/11 attacks are the single most searing national event in my memory.  Only the moon landing — a much happier event — comes close in my lifetime.  But I’m a bit surprised that we feel the need for a national commemoration every single year at this point.

Next year will be the 10th anniversary.  Because of our attachment to multiples of 10 and 25, we’ll no doubt have a big ceremony.   But will we still be doing this for the 12th anniversary?  The 18th?  The 43rd?

When did we stop doing this for Pearl Harbor Day?  Or the sinking of the Maine? Or the battle of Gettysburg?  Or the Boston Massacre?   At some point, those became mere footnotes, getting scant mention and commemoration only locally, if that.