While the prestige outlets of the halcyon days of the last millennium still hold some cachet for those of us old enough to remember that era, they mean next to nothing on the Web. 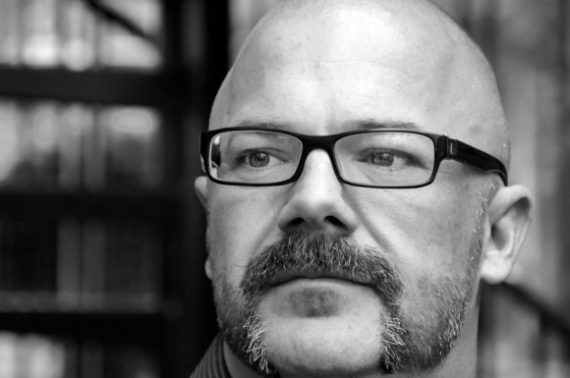 Andrew Sullivan’s Daily Dish is once again changing homes, moving from The Atlantic to the upstart Daily Beast.

Sullivan explains that, though he’s wistful of leaving the iconic Atlantic,

But there are some opportunities you just can’t let pass by. The chance to be part of a whole new experiment in online and print journalism, in the Daily Beast and Newsweek adventure, is just too fascinating and exciting a challenge to pass up. And to work with media legends, Barry Diller and Tina Brown, and with the extraordinary businessmen Sidney Harman and Stephen Colvin, is the opportunity of a lifetime. Barry was the person who first introduced me to the Internet in the early 1990s, and we have remained friends ever since. Tina Brown needs no introduction, but to see her in action as we have discussed this new adventure over the past few weeks has been quite a revelation. The Daily Beast, in a mere two years, has made its mark on the web, with 6 million unique visitors last month, and an eight-fold jump in ad revenue over the last year. It will give the Dish a whole new audience and potential for growth and innovation. I’ll also be contributing columns and essays to Newsweek.

I am thrilled to share the news that Andrew Sullivan is bringing his trailblazing journalism to The Daily Beast. Andrew almost single-handedly defined the political blog and has been refining it as a form of journalism in real time nearly every day for the past decade.

When he started his outpost on the Web in 2000, long before political blogging became fashionable, he outdid even his über-productive Fleet Street precursors. Andrew wrote constantly, and obsessively, about everything from politics to his pet beagles. The Daily Dish, as he called it, became the place that took on the big moral questions of the day. Andrew raged (rightly) against the Bush administration’s conduct of the Iraq War and the awful spectacle of torture. Lately, he has taken up arms against Obama’s budget proposal, proving that he plays no favorites. This fearlessness and doggedness makes him a natural soul mate of The Daily Beast. Scrolling down Andrew’s blog helps to give orientation in the world, to get the smartest possible fix on the news at any given moment. A rarity, he is willing to admit mistakes and change positions (sometimes radically) in the face of new evidence. Little wonder he has built one of the most devoted followings on the Web, with 1.2 million unique visitors a month, 82 percent of them bookmarked.

This is big news because Sullivan is a big name but, really, it’s meaningless to everyone not being paid from the fruits of his labor. While the prestige outlets of the halcyon days of the last millennium still hold some cachet for those of us old enough to remember that era, they mean next to nothing on the Web. Most visitors come in from search engines, social media, and other content aggregators. The URL at which something is hosted is of little consequence, since most readers have little to no awareness of which site they’re on — or even whether it’s a blog or a more traditional outlet.

Indeed, Sullivan’s own career is testament to that.

From the standpoint of 1990, his career has been in a nosedive: from editor of the storied New Republic to a freelancer blogging on his own domain to blogging for Time, The Atlantic, and now some online startup that didn’t exist when Don Rumsfeld was Secretary of Defense. But, in reality, it has been onward and upward, with his fame, fortune, and influence growing along the way.

Indeed, the The Atlantic was mostly an ad network for Sullivan, whose blog accounted for something like a quarter of all their website traffic. The Beast will serve the same function, but I’m guessing they’ll be better at it, since they lack the overhead of a magazine and exist solely as a Web operation.