During the October 8 edition of CNBC’s The Big Idea, host Donny Deutsch asked right-wing pundit Ann Coulter: “If you had your way … and your dreams, which are genuine, came true … what would this country look like?” Coulter responded, “It would look like New York City during the [2004] Republican National Convention. In fact, that’s what I think heaven is going to look like.” She described the convention as follows: “People were happy. They’re Christian. They’re tolerant. They defend America.” Deutsch then asked, “It would be better if we were all Christian?” to which Coulter responded, “Yes.” Later in the discussion, Deutsch said to her: “[Y]ou said we should throw Judaism away and we should all be Christians,” and Coulter again replied, “Yes.” When pressed by Deutsch regarding whether she wanted to be like “the head of Iran” and “wipe Israel off the Earth,” Coulter stated: “No, we just want Jews to be perfected, as they say. … That’s what Christianity is. We believe the Old Testament, but ours is more like Federal Express. You have to obey laws.”

I’m not a religious man. And, certainly, I’m no Ann Coulter fan. But don’t all religious people believe their faith is the One True Faith and that it would be preferable if others shared in it?

For that matter, don’t most people who believe in anything fervently feel that way? Don’t liberals and Democrats think the world would be a better place if conservatives and Republicans saw the light? And vice-versa? 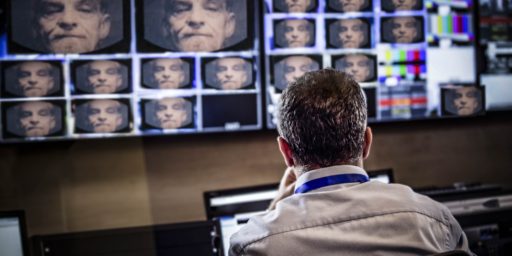