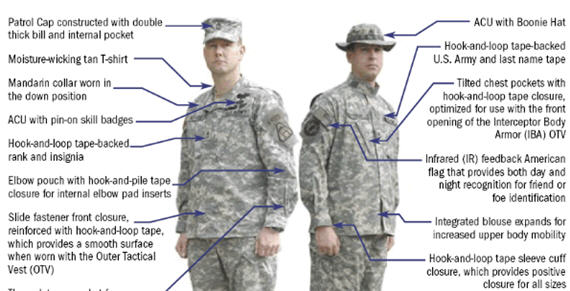 The Army Combat Uniform, introduced well after our forays into Afghanistan and Iraq began, has one wee problem:  It doesn’t do well in sand.

The Army is ripping space-age Velcro from its uniforms and replacing it with the humble button, which turns out to be tailor-made for the rigors of Afghanistan.

Hook-and-pile tape — the generic term for Velcro— strains to keep jam-packed cargo pants pockets closed. And when the Taliban attacks, the last thing soldiers need to worry about is spilling their gear.

“When concerns surfaced in surveys that the hook-and-pile tape was not holding under the weight of full pocket loads, the Army evaluated several solutions,” Dawson said. Velcro has been part of the latest Army combat uniform since it was introduced in 2004.

Amusingly, the ACU’s predecessor, the Battle Dress Uniform or BDU, had buttons.  As, I’m pretty sure, did every fatigue uniform known to man.

More amusingly, to me at least, is that way back in the 1980s, I was taking the buttons off my garrison BDUs and replacing them with Velcro.   The hot presses at the dry cleaners were both melting buttons and causing them to wear down the fabric in an unsightly manner.   And slovenly appearance was a more clear and present danger than either the Taliban or desert sands for a junior officer garrisoned in Germany.

Via Chris Albon, who links the story as “The definition of a slow news day.”  Quite. 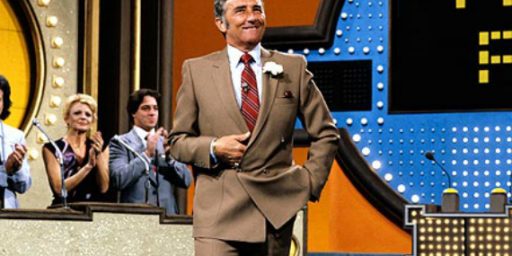