Foie gras will soon be illegal in California, so some are indulging as much as possible now.

Foie gras will soon be illegal in California, so some are indulging as much as possible now.

In eight months, the sale of foie gras will be banned in California. But for seven hours on Friday night, at a restaurant appropriately known as Animal, three chefs presented an eight-course meal that was nothing short of a glorification of this soon-to-be outlawed delicacy. There was smoked foie gras, roasted foie gras, steamed foie gras and liquefied foie gras, injected into agnolotti. It was served with veal tongue, yogurt, prosciutto, mustard ice cream and truffles. There was even a foie gras dessert: a brownie sundae with foie gras Chantilly.

With all its gluttonous excess, and with the backdrop of the animal rights protesters, the sold-out dinner became the fattiest of food as political protest, offering a clash of competing passions in a battle that has reverberated across the nation but finally settled here, the first state in the nation to criminalize the sale of foie gras, the fattened liver of a goose or a duck.

It was also a perhaps belated realization by these chefs and their fans that a law signed eight years ago is truly taking effect and is about to change the way they do business drastically, putting California on the front lines of the battle about force-feeding ducks and geese to produce the silky liver delicacy.

“I want people to have the freedom to eat what they want,” said Ludo Lefebvre, one of the chefs behind the stove here on Friday. “Animal rights people would turn everyone into a vegan if they could. I don’t want animal rights people to tell me what to eat. Today it’s foie gras. Tomorrow it’s going to be chicken, or beef.”

He continued: “Foie gras is one of the greatest ingredients, a French delicacy. I was born and raised with foie gras. It’s like if you took kimchi away from the Korean people.”

Mr. Lefebvre’s views were echoed by diners — many of whom said they worked in the food industry, including a representative from a foie gras producer — as they walked in the door. “There is a lot of misinformation out there,” said Tom Feher, 29, a Los Angeles lawyer. “These animals are not mistreated. The last thing you’d want to do is mistreat an animal which you’re using to produce a luxury ingredient such as foie gras.”

Indeed, I’m sure the ducks are thrilled about it and would vote against the ban if only they could.

This is not the first time a community has tried to ban foie gras. It was outlawed in Chicago in 2006, producing a backlash from restaurants that, speakeasy-like, served foie gras secretly. The ban lasted barely two years.

“There was this sense of embarrassment, like here was the City Council intervening in restaurant menus,” said Mark Caro, a Chicago Tribune journalist who wrote a book, “The Foie Gras Wars,” about the failed effort.

But the California law was approved overwhelmingly, and support for it appears as strong as ever. And on the other side, there is nothing short of a cultlike following for the white-toqued leaders in the kitchen Friday: Mr. Lefebvre, who has pioneered pop-up restaurants across the country, and the two Animal chefs, Jon Shook and Vinny Dotolo.

Mr. Shook said the 320 spots for the “You Gotta Fight for Your Right to Foie!” dinners on Friday and Saturday night sold out in 16 minutes; four telephone operators were assigned to deal with the crush.

And that was at $175 a head for food alone, with an additional $50 for a wine, beer and Champagne pairing.

Bill Easterly quips, “Times are not so good for the rich either.”

On a more serious note: What’s up with an eight year phase-out? Either there’s political consensus that foie gras is cruelty to animals or there isn’t. I can understand a couple of months to change menus, deplete existing stocks, and the like–but eight years? 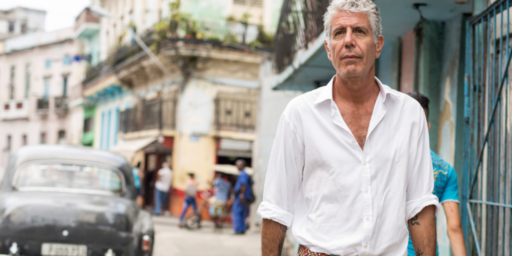