M-Zone’s Yost writes about the latest episode of violence in regard to offensive cartoons. 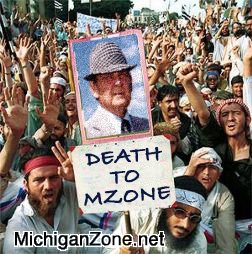 (from M Zone wire reports) Tuscaloosa, AL — Riots broke out across the University of Alabama campus and the state itself today following reports that the M Zone’s Danish affiliate – Den M Distrikt – posted cartoons showing former University of Alabama football Coach Paul “Bear” Bryant wearing an Auburn hat and another showing him drawn into the infamously cheesey “Dogs Playing Poker” painting. The cartoons were first published way back after the 2000 season. But officials speculate they were not noticed at the time because Crimson Tide fans were too busy trying to figure out how the hell to get rid of Mike DuBose before he ruined their program.

As a ‘Bama fan old enough to remember Bryant, it pains me to see such blasphemy, let alone reprint it. Still, in the interests of consistency, I republish the most offensive image below the fold. I warn you, it may be upsetting. 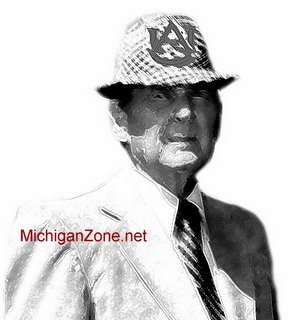 Click the link if you must see the rest.

See the twelve cartoons that sparked the protests in full size at my Danish Muslim Cartoons page.