Clarence Page has a terrific column in today’s Baltimore Sun.

Black teen-age girls don’t get much respect, not even from each other.

That’s just one of the startling findings of a recent study on sex and gender attitudes of low-income black teen-agers. Among other revelations, it offers new evidence that the standards of “black authenticity” – promulgated in hip-hop culture – are not only too narrow but downright dangerous.

Compare, for example, the half-dozen slang nouns in the study’s glossary that are used to describe males (“Dog,” “homeboy,” “playa,” “lame,” “sugar daddy,” “payload”) with some of the words used by both teen boys and girls to describe females (“skeezer,” “‘hood rat,” “ho,” “trick,” “freak,” “bitch,” “gold digger,” “hoochie mama”).

Of course, the male terms are flattering only in comparison.

Today’s teens have grown up awash in hip-hop, and so have their parents. The sad consequences have been a narrow and distorted view among many black youngsters, and others, of what it means to be black.

It was back in the 1960s, I painfully recall, that “authenticity” began to replace the more generalized “cool” as the standard for acceptable tastes and behavior among black youths. It was a period marked by big Afros, dashikis, bib overalls, combat boots and a propensity for greeting each other with defiantly raised fists. Ah, youth.

Such was the “authentic” look among black college students in the late ’60s; I was one of them. The “authentic black” came to define a person who did not “sell out” to bourgeois middle-class standards, the same values that had enabled our families to prepare us for college in the first place.

What is to be done? Pardon my dangling prepositions, but like other generations, today’s youths probably are just looking for someone to look up to and something to believe in.

We, their elders, need to provide it. We need to show them a broader vision of what black culture is all about. We also need to reach back to mentor our least-privileged youngsters. They’re not going to learn life’s valuable lessons from CDs alone.

Sadly, too many seem to be.

FILED UNDER: Race and Politics, Baltimore, the 1960s 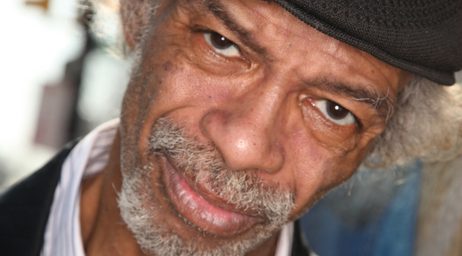