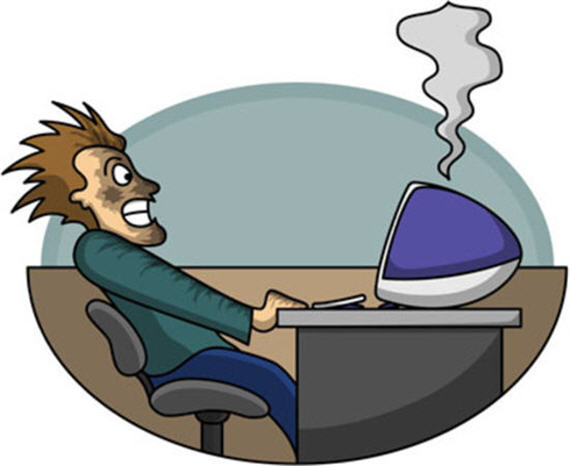 Jonathan Strong at The Daily Caller writes this morning about what appears to be the growth of a new industry; bloggers available for hire by politicians:

Katie Couric once described bloggers as journalists who gnaw at new information “like piranhas in a pool.” But increasingly, many bloggers are also secretly feeding on cash from political campaigns, in a form of partisan payola that erases the line between journalism and paid endorsement.

“It’s standard operating procedure” to pay bloggers for favorable coverage, says one Republican campaign operative. A GOP blogger-for-hire estimates that “at least half the bloggers that are out there” on the Republican side “are getting remuneration in some way beyond ad sales.”

In California, where former eBay executive Meg Whitman beat businessman Steve Poizner in a bitterly fought primary battle in the campaign for governor, it sometimes seemed as if there was a bidding war for bloggers.

One pro-Poizner blogger, Aaron Park, was discovered to be a paid consultant to the Poizner campaign while writing for Red County, a conservative blog about California politics. Red County founder Chip Hanlon threw Park off the site upon discovering his affiliation, which had not been disclosed.

Poizner’s campaign was shocked to learn of the arrangement, apparently coordinated by an off-the-reservation consultant. For Park, though, it was business as usual. In November 2009, for instance, he approached the campaign of another California office-seeker — Chuck DeVore, who was then running for Senate — with an offer to blog for money.

“I can be retained at a quite reasonable rate or for ‘projects,'” Park wrote in an e-mail to campaign officials. In an interview, Park defended himself by claiming, “nobody has any doubt which candidates I’m supporting,” and noting that his blog specifies which candidates he “endorses.”

Politicians have been seeking to influence bloggers for some time now. Like I am sure most other political bloggers out there who’ve been around long enough, I get in my email in-box press releases from political candidates I’ve barely even heard of, some of them running in places I’ve never even visited. I didn’t sign up for any of them, and yet, every day, sometimes more than once a day if there’s an election approaching, Usually, I ignore them and even when I do glance through them I can’t say it’s ever actually caused me to write a blog post. Campaign press releases, you see, don’t really interest me all that much.

Politicians have also sought to influence bloggers via ads, and you can find political ads of one kind or another on many political blogs. Since most of these ads are hosted through ad networks rather than directly purchased by the campaigns, though, it’s hard to see that they really have that much of an influence on editorial content.

The phenomenon of paid bloggers, though, is a new development and strikes me as something quite different. There’s nothing wrong with it per se, but a supposedly independent blogger who is being paid by a campaign or a political party for favorable coverage, or any reason to be honest, owes something to readers. What they owe is a simple thing called disclosure. As long as readers know what’s going on behind the scenes that might impact your writing, they can make their own decisions about what to think about what you have to say.

And for the record, I haven’t received anything from any political party or candidate. Well, except for those unsolicited emails, and if they want to stop sending me those that’ll be fine.

Update: Ed Morrissey calls this blogger payola and fears that it could be turned into an excuse for government regulation:

In the radio and television industry, this would be called payola, and it occasionally erupts into scandal.  Broadcast services are regulated by the government, and payola can lead to loss of broadcast licenses — which is why radio and television stations fire anyone even suspected of it.  In the film industry, though, no one thinks twice about “product placement” any more, even though it’s essentially the same thing, giving certain products sympathetic placement for buckets of cash.

Fortunately, blogs aren’t regulated by the government, at least not yet, but it’s stories like this that will give rise to demands for government to take action.  The Federal Election Commission has repeatedly hinted at imposing onerous requirements on bloggers that will create legal burdens too expensive for most to meet.  The hook will be undisclosed relationships with campaigns that turn blogs in effect into coordinated third-party efforts, and that could result in hefty fines for both the campaigns and the bloggers.  But the larger impact will be to discourage political blogging at all, as the cost of defending oneself from the inevitable complaints will be so high (even for the majority who are innocent of any such connections) that people just won’t bother to enter the market at all.

Even beyond that, though, it’s simply dishonest.  Plenty of bloggers get involved in election campaigns, and they make those connections clear by disclosing them o their blogs.  Deliberately failing to do that — and to market one’s blog as a paid outlet for politicians — puts people into Armstrong Williams territory.  It saps credibility and damages the ability of the blogosphere to effect political change in the long run.

Disclosure is not only honest, then, it’s self-regulation. Which is far better than getting any outside party involved.