Wizbang’s Paul has hung it up, I think for good this time, saying “It just ain’t fun anymore.” The last straw was a recent flamewar he got into with Ace but he’s been tired of the trevails of blogging for quite some time. Coincidentally, his colleague, Jay Tea, is taking a hiatus having just helped a friend get through his father’s dying days.

Although I’ve been at it hard for almost exactly three and a half years now (that milestone will hit officially Monday), I’ve managed to avoid the “blogger burnout” that seems to afflict most bloggers. Sure, it’s a ton of work and there are days when I feel like obligated to simply crank out content just to get something up, those days are still, fortunately, rare. I’m still a news junkie and sufficiently curious about the world around me that I’m seldom long without something of interest to opine about.

My least favorite part of the “blog job,” though, is the incivility in comment threads and the occasional cross-blog flamewar. While OTB’s comment threads are quite civil compared to most blogs of comparable traffic, there are a handful of regulars who forget the number one rule of our site policies: “Remember that the people under discussion are human beings.” The follow-on — “Comments that contain personal attacks about the post author or other commenters will be deleted. Repeated violators will be banned. Challenge the ideas of those with whom you disagree, not their patriotism, decency, or integrity.” — is something that I’ve largely refrained from enforcing, since it’s a lot of work and I hate to alienate regular visitors.

That’ll likely change, though, as four or five regular visitors–almost evenly divided ideologically, by the way–who are driving down the tone of the discussion. I think I’m better off making a few folks mad than have the comments section be an unfriendly place. 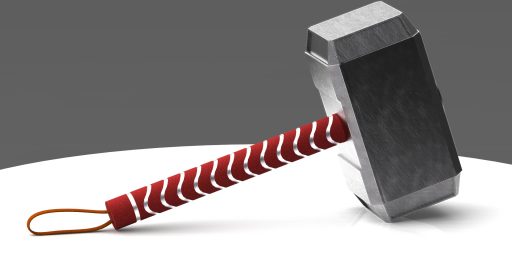