A photograph of a New York cop putting boots on a homeless man went viral. The man remains bootless, however. 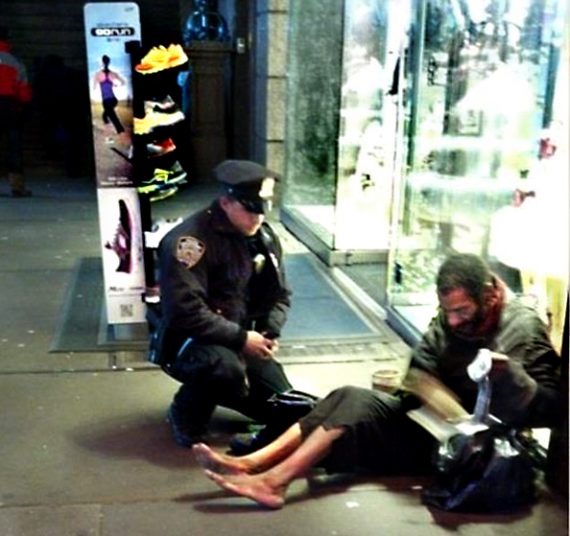 A photograph of a New York cop putting boots on a homeless man went viral. The man remains bootless, however.

NYT (“Homeless Man Is Grateful for Officer’s Gift of Boots. But He Again Is Barefoot.“)

After Officer Lawrence DePrimo knelt beside a barefoot man on a bitterly cold November night in Times Square, giving him a pair of boots, a photo of his random act of good will quickly took on a life of its own — becoming a symbol for a million acts of kindness that go unnoticed every day and a reminder that even in this tough, often anonymous city, people can still look out for one another.

Officer DePrimo was celebrated on front pages and morning talk shows, the Police Department came away with a burnished image and millions got a smile from a nice story.

But what of the shoeless man?

For days, his bare feet — blistered and battered — were well known. Yet precise details about him proved elusive.

His name is Jeffrey Hillman, and on Sunday night, he was once again wandering the streets — this time on the Upper West Side — with no shoes.

The $100 pair of boots that Officer DePrimo had bought for him at a Skechers store on Nov. 14 were nowhere to be seen.

“Those shoes are hidden. They are worth a lot of money,” Mr. Hillman said in an interview on Broadway in the 70s. “I could lose my life.”

Mr. Hillman, 54, was by turns aggrieved, grateful and taken aback by all the attention that had come his way — even as he struggled to figure out what to do about it.

“I was put on YouTube, I was put on everything without permission. What do I get?” he said. “This went around the world, and I want a piece of the pie.”

As it turns out, for the chronically homeless, the lack of shoes—or even a home—is often a symptom rather than a core problem to be fixed. 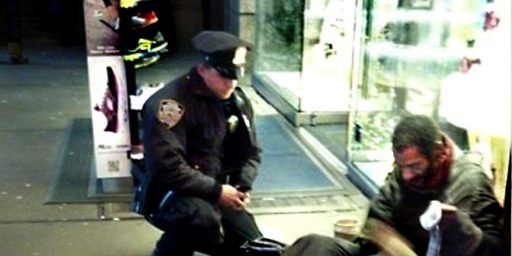 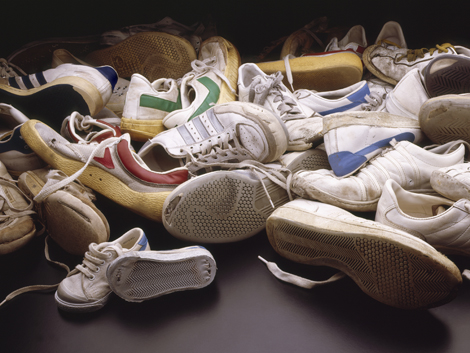