The First Base Edition OTB Caption ContestTM is now over.

The First Base Edition OTB Caption ContestTM is now over. 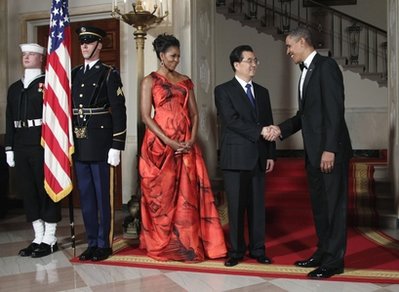 First: charles austin – The urge to bow is strong in this one. (Bowser from Sha Na Na said it best – rodney)

FormerHostage – We may be broke, but the great Panderer’s pathetic posturing produced the panda panacea.

“President Hu is pleased to meet Daddy Morebucks and Little Morphin’ Nanny State.”
“Damned if I know who?

The Thursday Contest is already a raucus caucus.