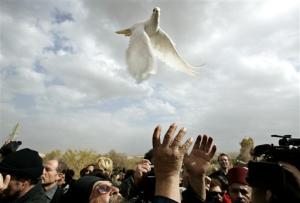 Winners will be announce Monday PM

Knock and Announce Not Subject to Exclusionary Rule