The Warm Fuzzy Edition OTB Caption ContestTM is now over. 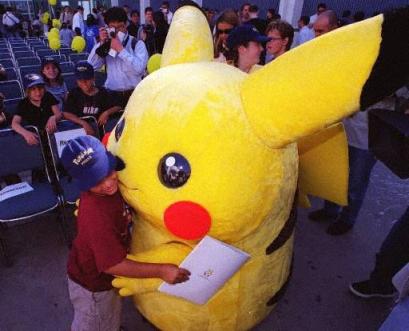 First: Bithead – The picture taken before the tragic moment when Picachu sneezed, generating a huge electrical field, instantly cooking the Pokemon fan. Investigators blame the promoters for not warning the patrons and George W. Bush for not spending enough federal tax dollars to prevent the tragedy.

Second: The Man – Pikachu handlers forgot to feed the creature before an event. Poor Jose didnÃ¢€™t have a chance.

jim – Objects in costume are larger than they appear.

Mustang 23 – Michael Jackson resorts to wearing costumes to get near little boys.

Puns are the Lowest Form of Humor Award

McGehee – Ã¢€œTake off that mask and let me have a pikachu.Ã¢€

Rodney’s Bottom of The Barrel (lower than puns)

Dramatization on Oprah of Tom Cruise’s encounter with interviewer that squirted him in the face.
“They were so cute, they were just like two kittens fighting,” said Oprah.

The war on terror in Iraq took a turn for the better when it was finally discovered that the Islamic insurgents were absolutely terrified of Pikachu.

In a dramatic turn of events, President Bush hires experts in “fuzzy” math.

“Hey, I didn’t think Pikachu did the Moon Walk.” 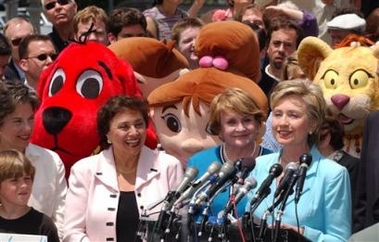