The Toast of the Town Edition OTB Caption ContestTM is now over. 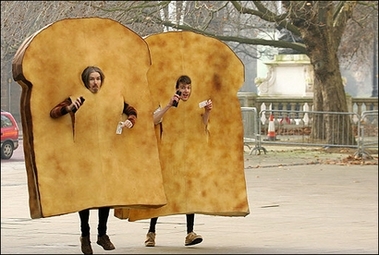 First: madmatt – Honey…come look at this I swear I see Jesus’s face in this piece of toast!

Second: timmer – I don’t care what Riff-Raff says, when Frankie raises his glass and says, “A toast.” we run across the stage.

Third(tie): Caliban Darklock – Man does not live by bread alone – so it deserves the right to marry!

Third(tie): McGehee – “On the bright side, no one can accuse us of waffling.”

yetanotherjohn – When I said bring the bread or you will never see your kid again, this isn’t what I meant.

elliot – What does the best dressed pair of sliced bread wear on their feet?…loaf’ers.

CAVLRRP – We’ll need a better disguise to keep us out of that jam!

Kent G. Budge – Having run out of bread, these two are toast … any way you slice it.

The Superhero Wonderbread never caught on quite like Wonderwoman.

While Obama remained silent on his candidacy for 2008 his ears announced their presidential run and were making early gains on Hillary’s lead.

The two boldly struck out on their own just to show they weren’t loafers.

Christmas contest is already fed up with Global Warming.

Riding Sun reveals the dark side of the force.
Electric Venom has the three ghosts of Christmas. 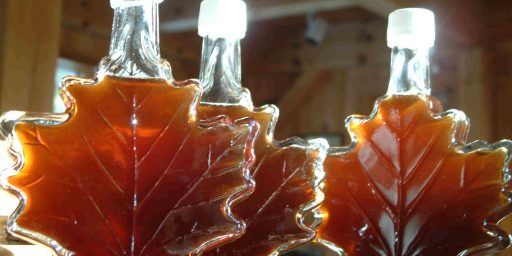