The Global War On Terriers Edition OTB Caption ContestTM is now over. 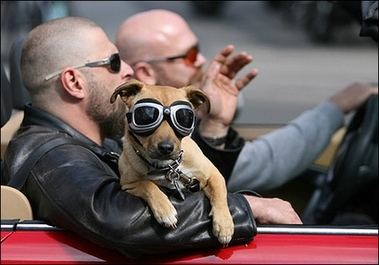 Maniakes – Bad dog! That was your third speeding ticket this month!

elliot – I could have had the job on Frasier but nooo, fer shame on my agent!!!!

In Later years, Charlie Brown did obtain a certain air of coolness.

Thursday Contest has named its source as the horse’s mouth.