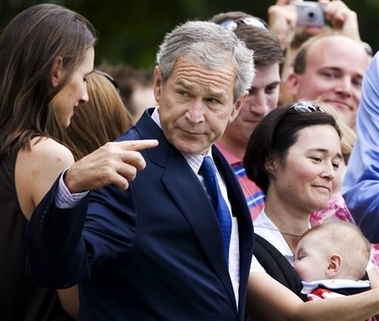 First: Michael – “I don’t think I kissed the right end of that baby”

brainy435 – Hey! Whose the decider around here? That’s right; THIS guy. And I said were’re having tacos.

“Hey I think I found the Whitehouse leaker right here.”

“Hey you, Secret Service Guy, poo-poo alert, aren’t you guys supposed to form some sort of human shield around me?”