The Walk This Way Edition OTB Caption ContestTM is now over. First: baysballfan – Are you ready Sarah? It’s the BIG ONE.

Third: Dave Schuler – Come, Igor, we must go to the laboratory.

charles austin – Nosferatu is looking better than I would have expected.

tom p – “GAAAAACKKKK!!! He touched me! Somebody get me the Germinex!”

markm – McCain “Good sweet Jesus, the man can even convincingly talk out of his ass”

Do Not Taunt Happy Fun Poll

Careful… Don’t step in the hope and change.

Why did I pull his finger.

Ones an old fart and one just smells like one. 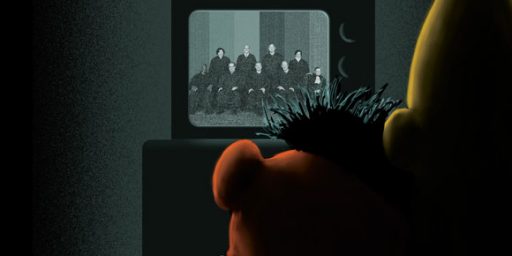