This chart is part of a larger graphic at The New York Times detailing just how Blockbuster was overtaken by Netflix: 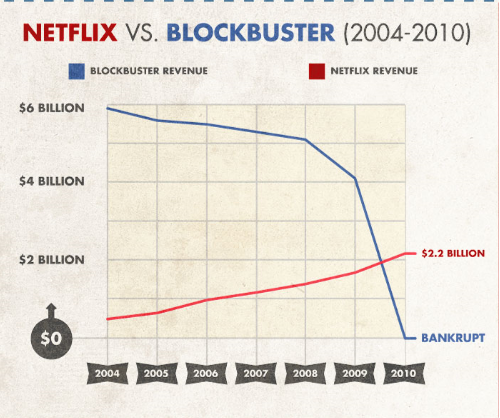