A scandal erupted when the Chinese people learned their leaders were flying first class and staying in five-star hotels. Problem solved! 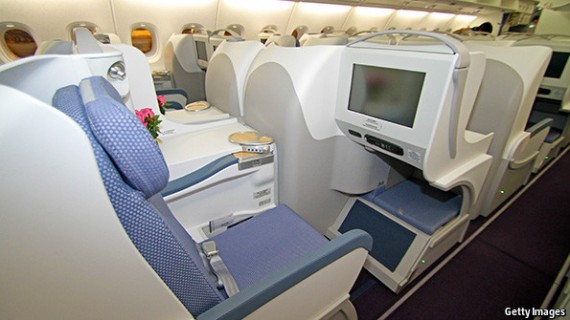 A scandal erupted when the Chinese people learned their leaders were flying first class and staying in five-star hotels. Problem solved!

Responding to the Chinese government’s efforts to stamp out corruption, China Southern Airlines has chosen the path of least resistance in adapting its product. Following a sustained campaign by President Xi Jinping to discourage lavish spending on state-funded business trips—a campaign which domestic carriers blame for a sharp fall in profits—the airline has simply re-branded its premium cabin. High-ranking officials can still book the same luxury seats as before on domestic narrowbody flights, but now their expense forms will read “Business”, not “First Class”.

Needless to say, this is mischievous marketing at its worst. Rather than physically re-designing its product to accommodate shifting demand patterns—as China United Airlines, a subsidiary of China Eastern Airlines, is doing—China Southern seems to be focussing on the letter, not the spirit, of the law. And it is not the only one. In January, the state-run Xinhua news agency reported that 56 of the country’s 680 five-star hotels had requested downgrades, presumably to side-step the austerity drive. Many others had suspended applications for the top ranking. They, like China’s airlines, complain that revenues have been sliding ever since Mr Xi embarked on his entirely commendable anti-corruption campaign. Instead of making substantive changes, hoteliers also seem to favour a superficial, semantic response.

This is truly brilliant.