Moqtada al-Sadr is back in Iraq, and it's a good thing we're on our way out. 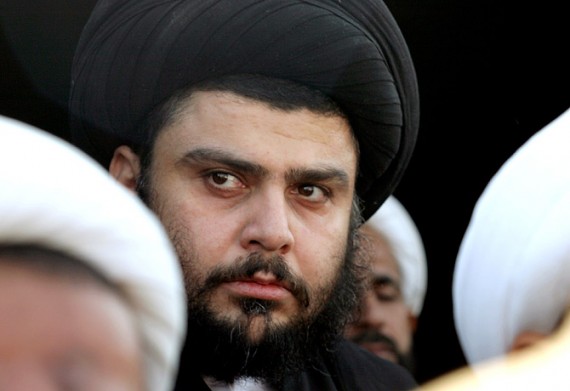 Moqtada al-Sadr is back in Iraq after a four-year exile in Iran, and while the Iraqi political landscape may have changed in his absence, it’s clear that he has not:

NAJAF, Iraq – Anti-American Shiite cleric Moqtada al-Sadr told a cheering crowd of thousands here Saturday that even though his party had matured into a political force, his followers should remain committed to fiercely resisting the United States.

“We say to the Iraq government: enough occupation and enough slavery. The occupation has to get out,” Sadr said. “We heard that the government has pledged to get the occupation out and we are waiting for its promise.”

In his first speech since ending nearly four years of self-imposed exile in Iran, Sadr returned to the anti-American message that first shot him to prominence in 2003 as the most outspoken Shiite opponent of the U.S. occupation.

Sadr vowed to support the new Iraqi government formed last month as long as it stayed focused and proved capable of improving Iraqi lives. “If it serves the people and provides security and safety and services, we are with it, not against it,” he said.

The cleric’s recent decision to support Prime Minister Nouri al-Maliki for a second term ended eight months of political deadlock and allowed Maliki to name a government, creating the conditions for Sadr’s return.

Sadr spoke from a 15-foot stage erected in the street outside the home of his father, the late Grand Ayatollah Mohammed Sadiq Sadr, who was assassinated in 1999 by loyalists of Saddam Hussein. Sadr denounced violence against fellow Iraqis, specifically a string of recent assassinations of police and government officials and targeted bombings of Christians.

He called on his followers to “forget about the past and the conflicts that happened throughout the last years. All Iraqis should live in safety.”

But he did not extent that sentiment to the roughly 48,000 U.S. troops still in the country.

“Do not kill Iraqis but target the American forces,” he said. “The first and main goal for the Iraqi people is to get the occupation out.”

Sadr’s Mahdi Army clashed with U.S. troops in deadly battles from 2004 to 2007, before he fled the country ahead of the American troop surge.

It was just last week, of course, that Iraqi Prime Minister Nouri al-Malaki  said that the current Status Of Forces Agreement with the United States, which calls for complete withdrawal of American troops from Iraq by the end of this year, is not subject to extension or alteration. Additionally, the current contingent of American troops is Iraq is largely confined to base unless they’re on a joint mission with Iraqi forces. In some sense, then, its unclear exactly what Sadr is calling on Iraqis to “resist,” unless you view this through the lens of Iraqi politics. Sadr is back to challenge the regime in Baghdad, just as he did four years ago. Whether that means at the ballot box or with bullets, or both, is unclear at this point, but given how things went last time, it’s best that we’re getting the heck out of there rather than getting ourselves embroiled in yet another Iraqi Civil War.

We’ve played this game before, we don’t need to play it again. 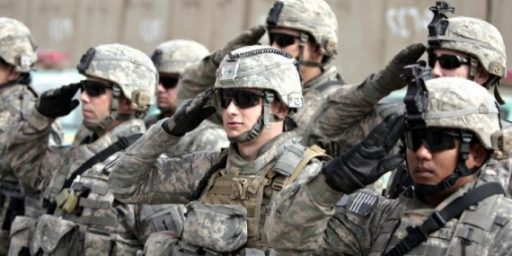 Gates Hints U.S. Could Stay In Iraq, But It Looks Like The Iraqis Don’t Want Us 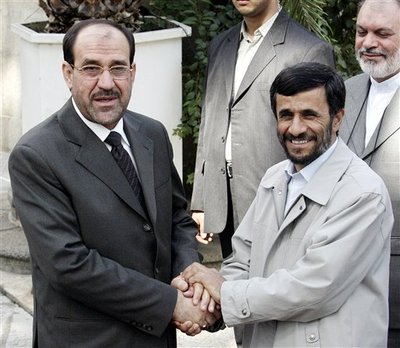