We federal civil servants are apparently in for a backdoor pay raise.

We federal civil servants are apparently in for a backdoor pay raise.

The full House Appropriations Committee on Wednesday approved a bill that would allow civilian federal employees to receive a 1 percent pay raise next year.

The committee passed the fiscal 2015 Financial Services and General Government spending bill 28-21. The measure includes a total of $21.3 billion in funding for the judiciary, Treasury Department, Small Business Administration, Securities and Exchange Commission, and other small agencies. It does not specifically set aside money for a pay raise, but it also doesn’t prohibit one, meaning President Obama’s proposed 1 percent boost can take effect.

If there is no specific legislative language that provides funds or prohibits an across-the-board pay raise in any bill — either stand-alone or omnibus legislation – then the president has the authority to determine a pay raise based on the Employment Cost Index. Obama recommended the 1 percent hike in his fiscal 2015 budget.

It’s been my longstanding view that federal cost of living adjustments should apply across the board; everyone from Marine corporals to retired octogenarians on Social Security should get the same raise. To the extent that Congress believes pay is out of whack—maybe those who jump out of airplanes in the dark behind enemy lines aren’t being paid enough compared to those pooping in the halls of the EPA—they should align base and incentive pays accordingly as a separate act.

I’m writing, though, not to complain about my pay (I’ve been on the job less than a year, joining in the midst of sequestration and weeks before the government shutdown, so knew what I was signing up for) but rather to point to the oddity of the mechanism by which it’s being decided. It seems obvious to me from a reading of the Constitution that Congress, not the president, should set the rate of pay for federal employees. Given that the politics make it difficult for them to approve raises for what the public believes are overpaid, underperforming—if not completely unnecessary—bureaucrats, especially during weak economic times, it’s reasonable enough to have a standing law that raises will track the Consumer Price Index or other measure of inflation, whether directly or with an offset, absent separate Congressional action. But it strikes me as bizarre to instead have the default position that the President can do whatever he wants unless Congress votes otherwise.

Note that these are the same people who get outraged when the president operates as though Congress were an afterthought. 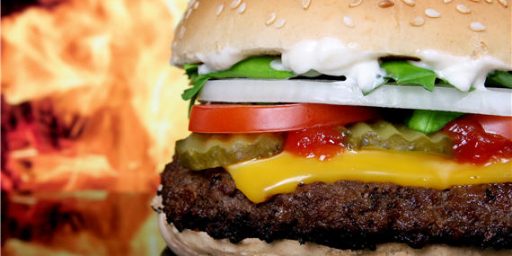