Ticket collectors at Southwest Airlines are our first line of defense. 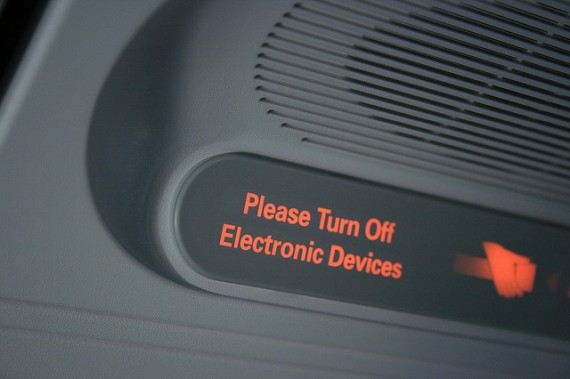 Ticket collectors at Southwest Airlines are our first line of defense.

A Minneapolis man said he and his two children were kicked off a Southwest Airlines flight after the father tweeted about a “rude” gate agent who refused to give his kids priority boarding.

The incident happened on Sunday afternoon when Duff Watson was traveling with his two daughters, ages 9 and 6, from Denver to Minneapolis.

“I have been traveling with Southwest for a few years now, and I’m an A-list member,” Watson told ABC News today. “You can board the plane early.”

Watson said his two children have always been able to board the plane with him, but the gate agent he confronted Sunday afternoon wouldn’t budge, he said.

“I am not trying to game the system,” Watson said. “I’m not going to leave my kids alone to board. That doesn’t make sense.”

When the gate agent told Watson she can’t let his children board with him, Watson said he asked the agent: “Is this a new policy?”

Watson said the agent didn’t answer his question directly, but told him: “I am not going to change my mind.”

The gate agent allegedly asked Watson and his two children to step aside and wait until the rest of the A-list members board.

“We waited, which was fine,” Watson said. “I thought she was very rude and wanted to complain to customer service, so I asked her: ‘Can I get your last name?'”

“She told me: ‘You don’t need my last name for anything,'” Watson said. “I told her: ‘Real nice way to treat an A-list member.'”

“I tweeted something like, ‘Wow, rudest agent in Denver. Kimberly S, gate C39, not happy @SWA,'” he said.

Watson then boarded the plane along with his two children. However, they couldn’t get home just in time.

Unreal exp. Awaiting resp. from airline. Asked for name of rude gate agent. We board. I tweet. Kids & I pulled off unless I delete. AYKM?

“I heard my name in the broadcast, asking me to get off the plane,” Watson said. “I didn’t know what was going on. I thought we left something or we were on the wrong flight.”

Watson was then approached by a flight attendant, who refused to tell him the reason for the broadcast, but said: “You need to exit the aircraft immediately.”

“So I walked by the people who we just walked by to get to our seats,” Watson said.

Watson then ran into the same gate agent he had tweeted about.

“She [the agent] said I was a safety threat,” Watson said. “I was shocked. There was no use of profanity, there were no threats made. How was I a safety threat?”

Watson said the agent threatened to call the cops if he didn’t delete the tweet that included her first name and initial of last name.

“I was taken aback by the situation. My two kids were crying,” Watson said. “She watched me as I deleted the tweet.”

The gate agent then allegedly summoned Watson and his two children to get back on the same flight.

“So we walked through the same passengers the third time,” Watson said.

Southwest Airlines could not be immediately reached for comment by ABC News. But the airline issued a statement to a local CBS affiliate confirming that a customer was removed for a short time and continued on to Minneapolis. The incident is under review, Southwest noted.

Now, let’s stipulate that Watson seems to be overly impressed with his airline rewards status. The fact that he lives near an airport that has a Southwest terminal and flies a lot to destinations that likewise have Southwest terminals really should not play this large a role in his self image. Furthermore—and I write this as a father of two young daughters myself who flies mostly with them in tow—it would be odd, indeed, for Watson’s priority boarding status to carry over to his daughters. So, the gate agent was likely correct in telling him that he’d have to wait his turn for group boarding.