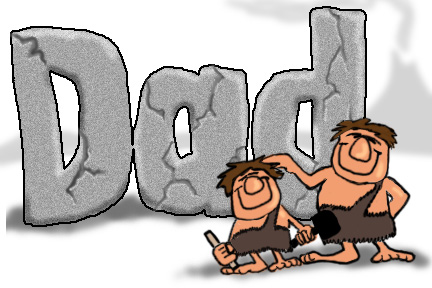 Fathers have been misrepresenting the amount of time they spend taking care of their kids for generations.  These days, they’re lying in a different direction.

A new Boston College study makes the modern American dad look positively Swedish in his dedication to his children and his zeal to participate equally in raising them. The yearlong qualitative study of 33 first-time fathers, released yesterday, found that they viewed themselves as sharing family responsibilities 50-50 with their wives and claimed to devote an average of 3.3 hours each workday to child care.

[T]he men in the Boston College study were probably lying about how they spend their time. But that’s no reason to be disappointed. The Boston study relied upon in-depth interviews with men after the fact. Time-use studies involve questions about the previous day’s behavior. With in-depth interviews, researchers expect subjects to have imperfect recall or exaggerate behaviors they perceive as being socially desirable—weight loss and breastfeeding are classic examples. But the direction in which they lie is socially significant. Thirty years ago, dads claimed to spend less time with their children than they actually did, since child-rearing was considered women’s work. Now they are lying in the opposite direction, which suggests that they perceive doing half of the parenting to be a manly affair.

Social psychologists call this aspirational lying—the unconscious shading of the truth to make us appear smarter, more generous, and closer to the person we want to be. “What you want leads to what you do. If you say you’re doing more, it really is a measure of the societal change,” said Ellen Galinsky, president of the Families and Work Institute. “If it were not OK to be doing things with your kids and to be nurturing them— not just bringing in the money—you might lie in the other direction.” When Galinsky was studying New Jersey factory workers in the 1980s, she knew from her research that they were heading home so their wives could make the night shift at the hospital, for instance, but they would lie to their co-workers and say they were going out drinking. “It wasn’t OK in their macho world to say, ‘I’m going to tuck in my children,’ ” she recalled.

If there’s going to be an aspiration-reality disconnect, it’s better that it’s in favor of spending more time raising the kids rather than going out drinking with the boys. 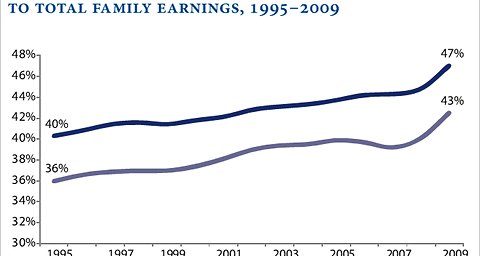