The actor best known for his run on M*A*S*H died Saturday after a battle with colon cancer. 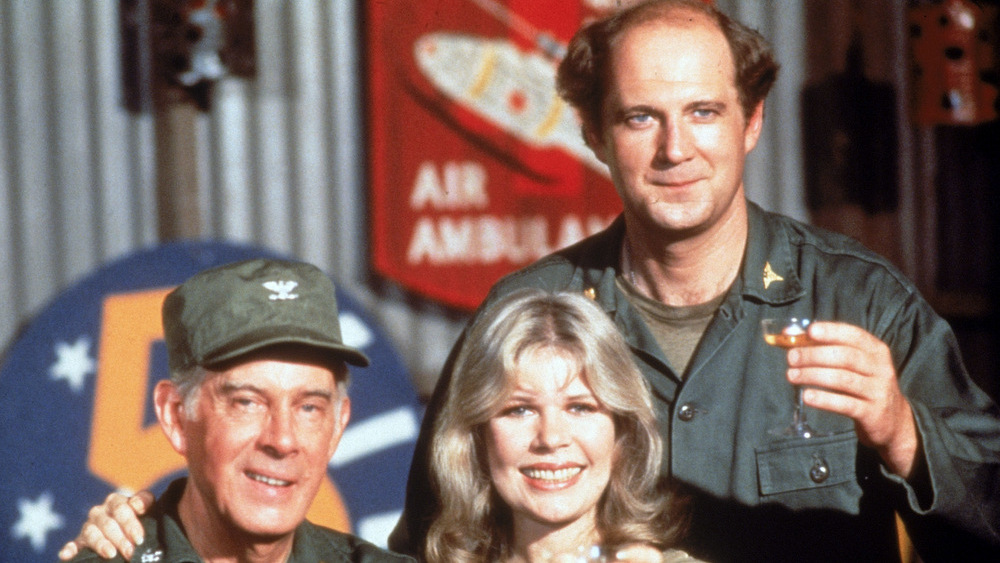 M*A*S*H actor David Ogden Stiers died of cancer on Saturday, his agent confirmed. He was 75.

“I am very sad to report that David died this morning March 3, 2018 peacefully at his home in Newport, Oregon after a courageous battle with bladder cancer,” Stiers’ agent, Mitchell K. Stubbs tweeted. “His talent was only surpassed by his heart.”

Stiers earned two Emmy nominations for his role on M*A*S*H as Major Charles Winchester III, a talented surgeon who filled the void left when Larry Linville’s Frank Burns left the series. Stiers starred on the series from 1977 to 1983 and followed it with regular appearances on North and South, Star Trek: The Next Generation, Matlock, Touched by an Angel, and Frasier, as well as a memorable performance as the father, Al Meyer, in 1985’s Better Off Dead…. He earned a third Emmy nomination in 1984 for his portrayal of United States Olympic Committee founder William Milligan Sloane in the NBC miniseries The First Olympics: Athens 1896.

The actor had a prolific voice acting career which included the roles of Cogsworth in Beauty and the Beast, Governor Ratcliffe and Wiggins in Pocahontas, Jumba in Lilo & Stitch, and the narrator in M. Night Shyamalan’s The Lady in the Water.

The actor, with his educated, resonant intonations — though he did not share Major Winchester’s Boston Brahmin accent — was much in demand for narration and voiceover work, and for efforts as the narrator and as of Disney’s enormous hit animated film “Beauty and the Beast,” he shared a Grammy win for best recording for children and another nomination for album of the year.

He voiced Dr. Jumba Jookiba, the evil genius who created Stitch, in 2002’s “Lilo & Stitch” and various spinoffs; once he became part of the Disney family, Stiers went on to do voicework on a large number of movies, made for TV or video content and videogames.

In addition to serving as narrator and as the voice of Cogsworth in “Beauty and the Beast” in 1991, he voiced Governor Ratcliffe and Wiggins in Disney’s 1995 animated effort “Pocahontas” and voiced the Archdeacon in Disney’s “The Hunchback of Notre Dame.” He also contributed the voice of the grandfather for the English-language version of Hayao Miyazaki’s 1992 animation “Porco Rosso” and of Kamaji in Miyazki’s classic “Spirited Away” in 2001. From 2011-15 he recurred on Cartoon Network’s “Regular Show.”

Indeed, it was his voice that earned him his first screen credit — as the announcer in George Lucas’ 1971 film “THX 1138.”

Stiers was also known for the eight Perry Mason TV movies he made between 1986-88 in which his prosecuting attorney invariably lost to Raymond Burr’s Mason, and more recently he had recurred on the USA Network series “The Dead Zone” from 2002-07 as the Rev. Eugene Purdy, the chief antagonist to star Anthony Michael Hall’s Johnny Smith.

In addition Stiers worked repeatedly for director Woody Allen, appearing in “Shadows and Fog,” “Mighty Aphrodite,” “Everybody Says I Love You” and “Curse of the Jade Scorpion” (in which he played a mysterious hypnotist).

On “MASH” Stiers’ Major Winchester was witty where Frank Burns had been vapid — with his Harvard education, a match for Alan Alda’s Hawkeye in the operating room and, unlike Frank, a worthy adversary in the ongoing battle of the pranks in the Swamp. So it was always poignant when an emotional crack opened in his self-satisfied mien.

In the season eight episode “Morale Victory,” Winchester is proud of saving a wounded soldier’s leg, only to learn that the minor injury to the young man’s hand is all that matters to him, as he is a concert pianist. The soldier feels he has no reason for living, but in a powerful performance by Stiers, Winchester provides him with piano music written for a single hand and shows him the empathy necessary to save him.

Another time the audience saw a different side to Stier’s Winchester came in the ninth-season episode in which he swallows his pride and attempts to curry favor with a general who can send him back to the comforts of Tokyo — but in the end, when the general asks him to testify unjustly against Margaret Houlihan — Winchester declares, “I will not — even for a return to that pearl of the Orient Tokyo — lie to protect you while destroying a friend’s career!”

I suppose it’s a mixed blessing for an actor to have such an iconic role that it’s the headline in every obituary written about them despite decades of stellar work afterward. But so it was with Stiers and Charles Emerson Winchester III. While the Larry Melville “Frank Burns” character he replaced was funnier, Stiers’ “Winchester” was far more interesting. It never seemed plausible that Burns made it through medical school and a surgery residency, let alone was sufficiently accomplished to be commissioned a major. Winchester was a much more complex, rich foil for Hawkeye and Hunnicutt.