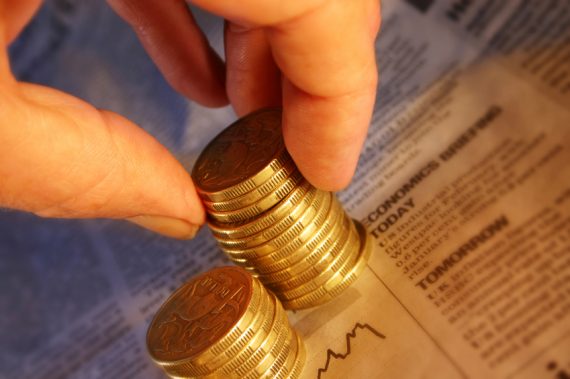 To our south, the nation of Argentina has just defaulted on billions of dollars in loans thanks largely to a dispute with at U.S. hedge fund:

The hedge fund firm of billionaire Paul E. Singer has about 300 employees, yet it has managed to force Argentina, a nation of 41 million people, into a position where it now has to contemplate a humbling surrender.

Argentina on Wednesday failed to make scheduled payments on its government bonds. The country has the money to pay the bonds. But a federal court in Manhattan has ruled that unless Argentina settles its debt dispute with Mr. Singer’s firm, Elliott Management, it is barred from paying its main bondholders.

After more than five hours of meetings on Wednesday, the sides failed to reach an agreement and the court-appointed mediator said that Argentina would “imminently be in default.” Because a $539 million interest payment was not made, the ratings agency Standard & Poor’s said that Argentina was in default on those bonds.

The government of Argentina now faces a stark choice: Try to restart negotiations with investors it has repeatedly called “vultures,” who have for years refused to accept anything other than full repayment. Or it can remain ensnared in a default that could weigh on the country’s fragile economy and unsettle global markets.

After the talks collapsed, the economy minister of Argentina, Axel Kicillof, characterized the negotiations as extortion.

“We’re not going to sign any deal which compromises the future of Argentines,” he said at a news conference in Manhattan.

The campaign against Argentina shows how driven and deep-pocketed hedge funds can sometimes wield influence outside of the markets they bet in. George Soros’s successful wager against the pound in 1992 affected Britain’s relationship with Europe for years.

While Mr. Singer’s firm has yet to collect any money from Argentina, some debt market experts say that the battle may already have shifted the balance of power toward creditors in the enormous debt markets that countries regularly tap to fund their deficits. Countries in crisis may now find it harder to gain relief from creditors after defaulting on their debt, they assert.

“We’ve had a lot of bombs being thrown around the world, and this is America throwing a bomb into the global economic system,” said Joseph E. Stiglitz, the economist and professor at Columbia University. “We don’t know how big the explosion will be — and it’s not just about Argentina.”

The current dispute actually dates back nearly 15 years and involves legal disputes in the United States that made it all the way to the U.S. Supreme Court this year in the form of a case that, ultimately, the Court decided not to accept for appeal:

The origins of the Argentine dispute trace back to 2001, when Argentina, overwhelmed by its sovereign debt load, decided to default on its obligations. The country later offered to exchange their defaulted securities for new “exchange bonds,” that were worth much less the original bonds. Most investors participated in these swaps, but some decided instead to fight the government for full repayment. These so-called holdouts included many individual investors as well as a unit of Elliott called NML Capital and other hedge funds including Aurelius Capital Management.

It is legally challenging for American investors to sue foreign governments in United States courts. But in 2012, Elliott achieved a stunning breakthrough in the Federal District Court in Manhattan. Judge Thomas P. Griesa ruled that whenever Argentina paid the exchange bonds, it also had to pay the holdouts. Argentina could not ignore the ruling and pay the exchange bondholders because Judge Griesa also ruled that any financial firm that distributed payments to the bondholders would be in contempt. Argentina placed $539 million with the Bank of New York Mellon in June to pay its bondholders, but the bank did not transfer it.

“Default cannot be allowed to lapse into a permanent condition,” said Daniel A. Pollack, the lawyer that Judge Griesa appointed to oversee negotiations between Argentina and the holdouts. “Or the Republic of Argentina and the bondholders, both exchange and holdouts, will suffer increasingly grievous harm, and the ordinary Argentine citizen will be the real and ultimate victim.”

This, of course, is why most observers seem to think that the creditors will ultimately win out here. Even if they don’t get full payment of their obligations they are likely to get something far higher than what Argentina has been willing to pay recently. Indeed, it had been apparent up until June that Argentina was pinning most of its hopes on the idea that the Supreme Court would have accepted its appeal of Judge Griesa’s rulings, not so much because they thought they had much of a chance of winning on the merits but because it would have bought them at least another year worth of time to delay making payment. With that legal avenue now foreclosed, they’ve got now choice but to concede more to their creditors.