Ezekiel Elliott got a legal reprieve late last week, but it may not last for long and it could have a big impact on the fortunes of the Dallas Cowboys. 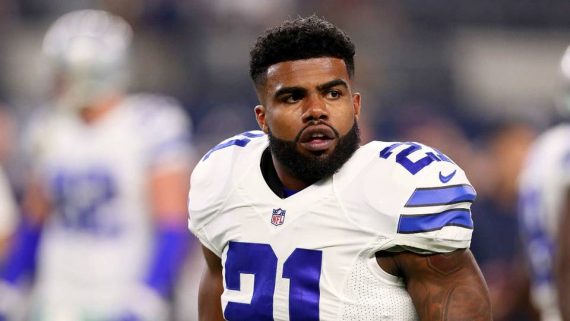 Dallas Cowboys Running Back Ezekial Elliott, along with his team and fantasy football players across the country, has been on something of a legal roller coaster throughout the current NFL season. Just prior to the start of the season, the National Football League handed down a six-game suspension related to the domestic violence charges leveled against him by a former girlfriend in Ohio, charges that were ultimately not pursued due to the fact that the accuser had contradicted herself on several important points and ultimately declined to press charges. Just days before the season started, an independent arbiter upheld the suspension pursuant to the NFL’s rules and standing disciplinary policies related to domestic violence charges. The ruling led to parallel lawsuits filed by Elliott and the National Football Players Association and the NFL itself in Federal Courts in Texas and New York City in the weeks before the season started. The first court to rule on the matter was the Texas-based court, and that Judge ruled in Elliott’s favor and placed a stay on the enforcement of the suspension, which the NFL appealed to the Fifth Circuit Court of Appeals. In that court, a three-judge panel ruled against Elliott and lifted the stay, meaning that Elliott should have ruled against begun serving his suspension immediately.  Instead of appealing, Elliott’s attorneys took the fight to the New York court, where the Judge that heard the matter issued which allowed him to continue playing for the last two weeks,.That reprieve ended on Tuesday, though, when another Judge at the same Court ruled against Elliott, meaning that Elliott would have to begin serving the suspension this weekend, and that suspension would last through Week 14 of the season. On Friday, though, the Second Circuit Court of Appeals, to which Elliott’s attorneys had appealed last Tuesday’s ruling, granted an administrative stay for one week while it considered Elliott’s appeal. This one week reprieve means that Elliott will play in today’s Cowboys-Chiefs game, but his future, and that of the Cowboys, remains up in the air:

For the most part, Elliott has performed as well so far this season as he did during his rookie season last year, and with the Cowboys standing at 4-3 and second place in the NFC East, he is a key part of the team’s hopes of either ultimately winning the division or gaining one of the wild card spots at the end of the year. As Sports Illustrated Sports Law writer Michael McCann notes that the longer this lasts, the more likely it is that Elliott’s suspension will have a real impact on the season:

Odds are that Elliott will eventually serve the suspension. This reflects, among other reasons, the high degree of deference federal courts are obligated to give to arbitration awards involving management discipline of unionized employees. NFL commissioner Roger Goodell suspended Elliott, a member of the NFLPA, pursuant to Article 46 of the collective bargaining agreement between the NFL and the NFLPA. Serving as an arbitrator, former NFL executive Harold Henderson then upheld Elliott’s suspension. Even though there are troubling questions about the process used by the NFL to investigate and discipline Elliott, Article 46 accords substantial deference to Goodell in disciplining players for conduct detrimental to the league. Moreover, at least as written, Article 46 fails to provide meaningful procedural protections to players who seek to rebut allegations of misconduct.

Likewise disadvantageous to Elliott is the precedent he faces in the U.S. Court of Appeals for the Second Circuit. This is the court that will decide whether Elliott plays or sits. It is also the court that ruled against Tom Brady in a 2016 appeal involving similar procedural issues, most notably the right to confront witnesses and the right to review investigative materials (while the factual allegations against Elliott and Brady couldn’t be more different—Elliott is accused of domestic violence and Brady was accused of “general awareness” of an equipment controversy—the players’ legal challenges center on the same set of procedures found in Article 46).

Will that happen? Anyone who claims to know is lying. The timing of an appeal of this nature is entirely up to the yet-to-be-named three judges. It’s possible that the three-judge panel could quickly dismiss Elliott’s appeal in a two-sentence order. In that scenario, Elliott would likely miss the NFL’s Week 10-15. The only impact of Elliott receiving a weekend reprieve on Friday, then, would be when Elliott starts and finishes his six-game suspension: he would miss the Cowboys-Oakland Raiders game on Dec. 17 instead of missing the Cowboys-Chiefs game on Nov. 5.

As I noted in my post regarding the initial injunction against Elliott’s suspension, in many respects the legal proceedings here mirror those that came in the wake of the four-game suspension that was issued against New England Patriots Quarterback Tom Brady over the so-called “Deflategate” scandal:

In that case, Brady was suspended for four games after an NFL investigation into allegations that the Patriots had used footballs deflated below league standards during the 2015 AFC Championship game against the Indianapolis Colts. Brady appealed that decision pursuant to the process set forth in the current Collective Bargaining Agreement, but league Commissioner Roger Goodell, who had participated in the underlying investigation and the decision on what punishment to impose, ruled against him. At that point, Brady and the National Football League Player’s Association filed suit in Federal Court in New York against the ruling, arguing that the NFL had violated both the terms of the CBA and the Federal law governing arbitrations. In that case, the Federal District Court Judge ended up ruling in Brady’s favor and imposing a stay on the suspension that effectively lasted for the entirety of the 2015-2016 season. Meanwhile, the NFL had appealed the District Court ruling to the Second Circuit Court of Appeals and, in a ruling in April of last year, that Court overturned the District Court ruling, siding with the league and holding that there was sufficient evidence to support the suspension and that there had been no violations of Federal arbitration laws. After initially stating that they would appeal that ruling, Brady and the NFLPA decided to abandon the appeal and Brady served his suspension at the start of the 2016 season. The Patriots, of course, went on win the Super Bowl that season.

As things stand, it looks as though Elliott is headed for the same outcome as Brady, although in this case it appears likely to happen just as the Cowboys are headed into a crucial part of the season for them. As McCann notes, if this legal process lasts longer it could end up impacting the Cowboys in the postseason even if they do manage to make the playoffs. While the original suspension was for six regular season games, the timing of the ruling suggests that this was meant to make it clear that the suspension did not apply to the pre-season play that was still going on at the time the initial ruling was handed down. As McCann notes, there is plenty of precedent in the league  disciplinary rulings to support the idea that a suspension that was not completely served during the regular season due to the fact that the season ended could be extended into the postseason if necessary. In that case, Elliott’s suspension could end up doing more damage to the Cowboys than it would have if he had just begun serving it at the start of the season. So, Elliott will play today but it’s unclear if he’ll be able to continue playing beyond that, and that could leave the future of his team up in the air. Maybe Elliott will be lucky and the three-judge panel will be composed of Judges who have him on their fantasy team.