The industry is using speaker fees to reward physicians who prescribe the most. 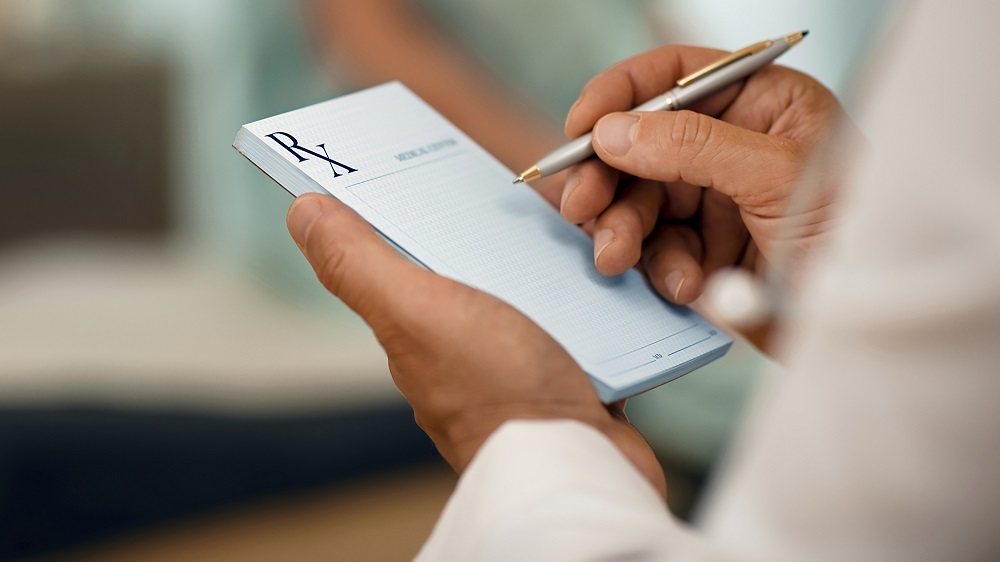 A disturbing report from CNN (“The more opioids doctors prescribe, the more money they make“):

As tens of thousands of Americans die from prescription opioid overdoses each year, an exclusive analysis by CNN and researchers at Harvard University found that opioid manufacturers are paying physicians huge sums of money — and the more opioids a doctor prescribes, the more money he or she makes.

In 2014 and 2015, opioid manufacturers paid hundreds of doctors across the country six-figure sums for speaking, consulting and other services. Thousands of other doctors were paid over $25,000 during that time.

Physicians who prescribed particularly large amounts of the drugs were the most likely to get paid.

“This is the first time we’ve seen this, and it’s really important,” said Dr. Andrew Kolodny, a senior scientist at the Institute for Behavioral Health at the Heller School for Social Policy and Management at Brandeis University, where he is co-director of the Opioid Policy Research Collaborative.

“It smells like doctors being bribed to sell narcotics, and that’s very disturbing,” said Kolodny, who is also the executive director of Physicians for Responsible Opioid Prescribing. 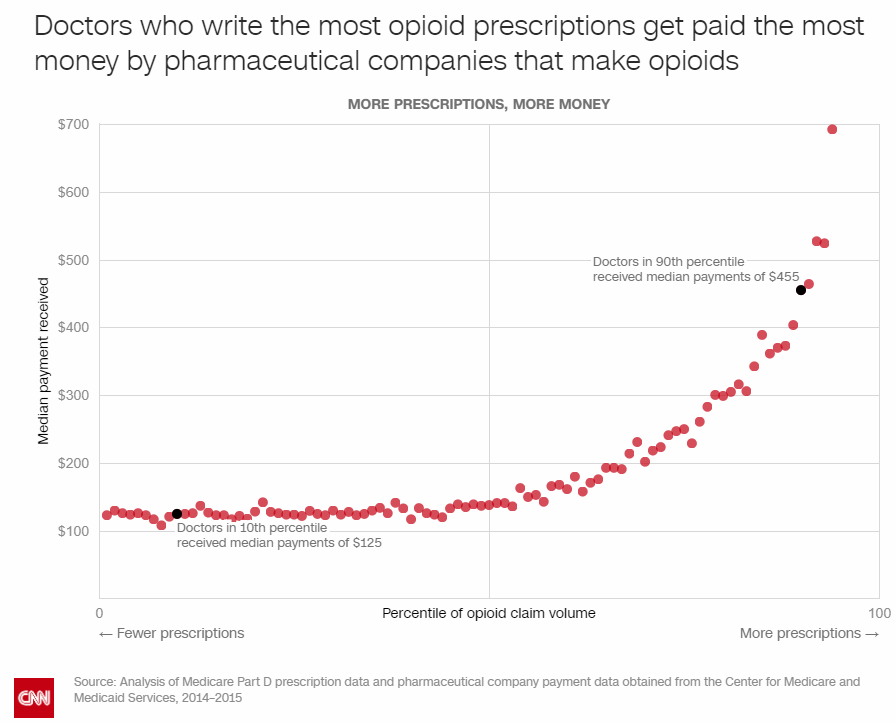 The Harvard researchers said it’s not clear whether the payments encourage doctors to prescribe a company’s drug or whether pharmaceutical companies seek out and reward doctors who are already high prescribers.

“I don’t know if the money is causing the prescribing or the prescribing led to the money, but in either case, it’s potentially a vicious cycle. It’s cementing the idea for these physicians that prescribing this many opioids is creating value,” said Dr. Michael Barnett, assistant professor of health policy and management at the Harvard T.H. Chan School of Public Health.

Is there an innocent explanation for this? And isn’t it incumbent on physicians to refuse these conflicts of interest?