Andrew Gelman posts the familiar Red-Blue map of the 2004 election with a twist: What if only poor people’s votes counted? Only the middle class? Only the rich? The results are posted at right.

Visually, at least, it’s a Republican blowout if the poor are excluded and a Democratic landslide if only the poor vote.

Reading inside the data, though, Gelman and his colleagues found something more striking:

Thus, the familiar red-blue divide of cosmopolitan coastal Democrats and heartland-state Republicans shows up among the rich but not the poor.

Gelman et al. don’t have any hard and fast explanation for this (they note that race explains about half of this disparity, but only half). However, their results do suggest that some of the conventional wisdom of American journalists on class, voting and geographic location stands in sore need of revisiting.

I’d note that half the disparity is a hell of a lot. Further, is it all that surprising that there’s more regional variation in the voting behavior among well-off voters than poor ones? Rich and middle class people on the coasts and in major urban centers live much different lives than their counterparts in the rural and suburban areas. Poverty, meanwhile, tends to look the same everywhere.

Quite so. That’s the problem with using income as a proxy for social class across a diverse population. 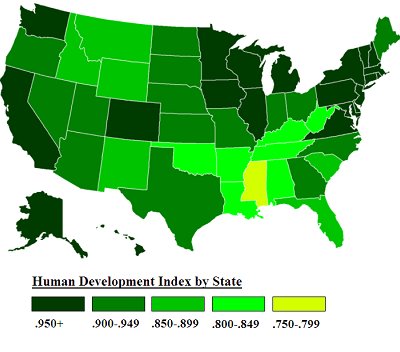